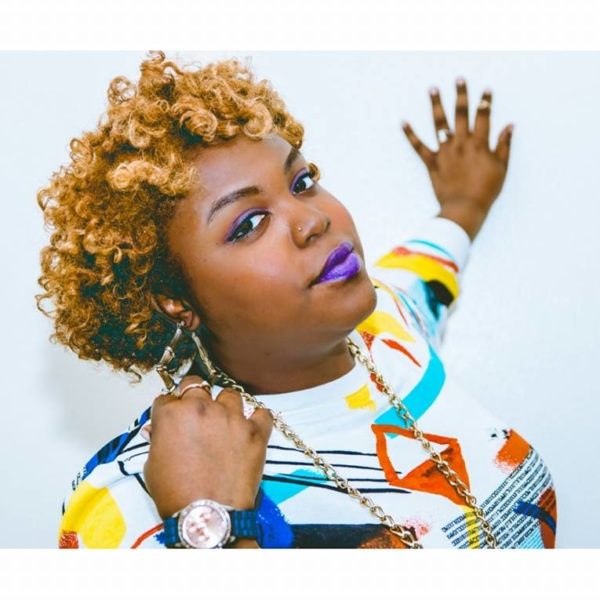 B*Free featuring For the Culture

(Milwaukee)
Genre: hiphop
When you’re first introduced to the soulful sounds of singer, producer & multi-instrumentalist B~Free, it is but a mere taste of all the capabilities this young lady embodies. From composing original songs at only 7 years old to training in flute, voice and piano, the Chicago-born Milwaukee native has dedicated her life to music. B~Free is a proud alumna of the Milwaukee High School of the Arts and has earned degrees in musical studies from both Lincoln University of Pennsylvania and VanderCook College of Music. The 2012 release of her debut project, “Open Mic, Open Heart” earned her rave reviews from reputable blogs for her original compositions. However, in 2014, tragedy struck as an 11-month hiatus and vocal cord surgery left the young singer fearing the loss of her gift. Yet she persevered; dropping her latest self-produced album, the “Ode 2 A Luv Affair LP,” in late 2016 – hailed as the #1 Milwaukee Album by the Journal Sentinel in 2017. Today, B~Free serves her musical community as a curator, educator, and artist of all sorts. Having performed in a number of venues throughout the country, Free has shared stages with a variety of artists, and provided direct support as the opening act for Janelle Monáe’s Milwaukee tour date at Summerfest 2018. Her treasure chest of talents continues to catapult her up the ladder of the music scene, as she remains hungry to give music what it’s been missing: a chance to B~Free.
The ‘Ode 2 A Luv Affair LP’ is available for streaming and purchase on ALL digital media outlets!
For The Culture Bio
Rock, Soul and fusion-influenced band For The Culture is an eclectic force in the realm of music. Formed and debuted in Milwaukee, WI, the group features a wide-ranging assemblage of musicians, centered around synth player and leader Quinten Farr. The band’s full lineup consists of Farr himself on keyboard/synthesizer, along with bassist Calvin Turner, guitarist Aram Feriants and drummer Jonathan Harris. Having an emphasis on the ethnic fusion of Rock and Roll with the likes of Neo Soul music, the group resides within the self-proclaimed genre of “Rock-Soul.”
Our Bike Benefits Program: 2-for-1 on all beers and rails during happy hour if you ride your bicycle to the club