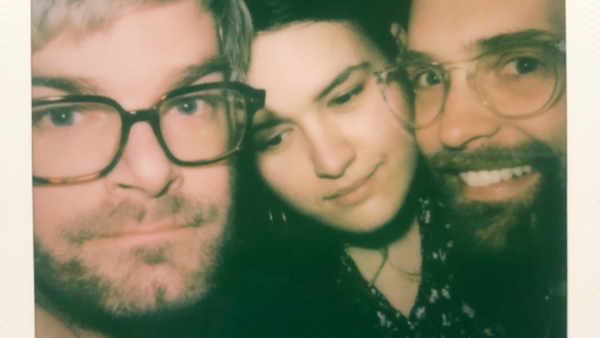 chit chat is a Milwaukee twee-punk band. It features Harrison Colby and Jeremy Ault of NO/NO and The Delphines, and newcomer Carmella D’Acquisto. The three started writing songs influenced by the UK/Irish indie-pop of the 80’s and late Aughts such as The Field Mice, Veronica Falls, and Felt.