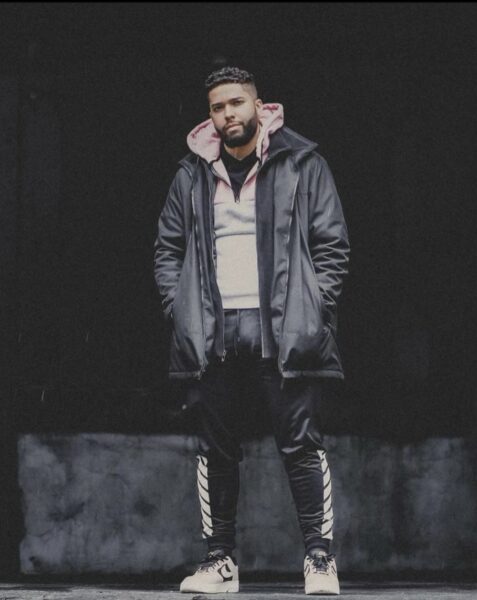 In less than a year’s time, Ernie Z has risen from virtually unknown to being one of the hottest young artists on Milwaukee’s burgeoning hip-hop/R&B scene. Thanks to his thought provoking lyrics, moody productions, and charismatic presence, he has quickly earned a devoted fanbase in his hometown. Now, with the release of his most compelling music to date, he is on the brink of attaining a national audience. Ernie Z first emerged in 2020 with the single ‘Take It Slow’ With its personal storytelling and trap infused rhythms, the track set the stage for a series of increasingly well received singles, including Agree On Love and Blessing. Ernie continued his hot streak the following year with the collaborative tracks Hotel and ‘On My Level’ each of which added to his rapidly growing following.  Ernie’s popularity received two major boosts in 2021. First, the video for Agree On Love won a major local award. Then, ‘On My Level’ was played at a nationally televised Milwaukee Bucks playoff game. Much additional media acclaim is to follow as Ernie’s stature continues to grow. Ernie’s unique in his ability to jump from genre to genre, never allowing himself to be pigeon holed. In his still-young career, he’s shown an uncanny proficiency in hip-hop, pop, R&B, and everything in between. Currently, he is getting ready to take his career to even greater heights. With new music expected in 2021, Ernie Z is poised to be a fixture in modern music for years to come.