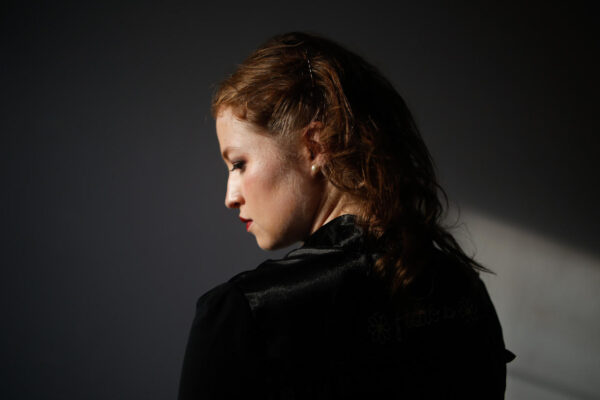 Emerging from Chicago’s flourishing indie music scene, Half Gringa creates music informed by contemporary indie-rock and Latin American and midwestern folk. “When you grew up in the Midwest really into alternative rock, but heard a lot of country music in the supermarket,” offers Isabel Olive, the songwriter and multi-instrumentalist at the core of Half Gringa, when asked to place her music in a specific genre. “Or when your mom loved Bruce Springsteen and Maná and sometimes your brain starts playing them at the same time.” The name Half Gringa is both a tribute to and study of her legacy, stemming from a childhood term of endearment as “la Gringa” in her Venezuelan family and her bicultural experience growing up in the United States. Olive’s work seeks to narrate her tireless pursuit as a pupil of both her origins and her experiences.

Force to Reckon is the Chicago-based artist’s second full-length album, following her locally acclaimed debut, Gruñona, which landed on Chicago Magazine’s “10 Best Chicago Albums of 2017” and Chicago Reader’s “Best Chicago Albums of the Decade.” On the self-produced 9-song set, Olive is joined by her full-time band members — Nathan Bojko (drums), Sam Cantor (guitar), Andres Fonseca (bass), Lucy Little (violin) — as well as Ivan Pyzow on trumpet, with occasional harmonies and piano from fellow Chicago singer/songwriter Gia Margaret. But Force to Reckon has the intimacy of a solo project, and engaged listening feels like a glimpse into Olive’s journals of the last three years.