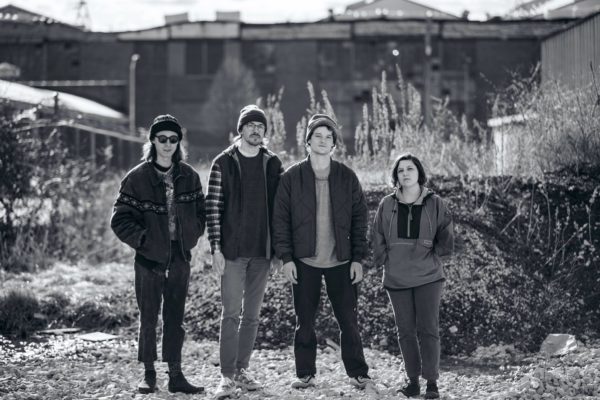 Operations was formed by Charles Markowiak and Alisa Rodriguez (Apollo Vermouth) in the spring of 2018 while the duo were playing in the group Sundial Mottos. In Operations the pair split guitar, songwriting, and vocal duties. John Schoneman of slowcore-worship group Haunter was brought on to play drums and Sam Gargulak came in to play bass. Operations have been playing shows in and around Milwaukee since December 2018. Their first album Fog Museum was recorded on Labor Day weekend of 2019 at Jamdek in Chicago, IL and engineered/mixed by Dave Vettraino (The Hecks). The album was mastered by Mikey Young (Eddy Current Suppression Ring, Total Control).