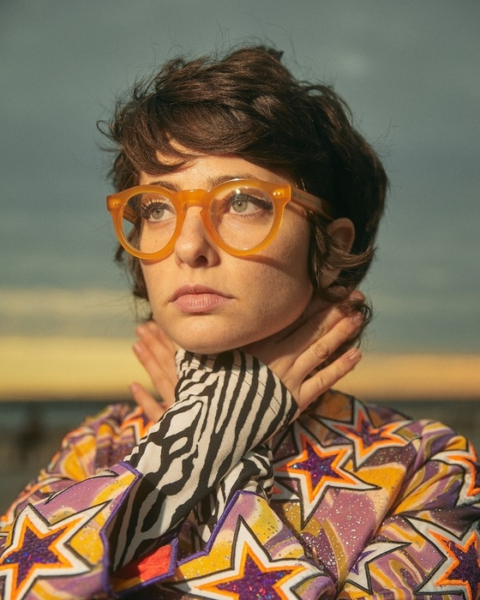 Sarah Sherman aka Sarah Squirm is currently a featured player on Saturday Night Live. Outside of the show, she is known for her unconventional and popular live show, Helltrap Nightmare. She was chosen to be a New Face at the 2021 Montreal Just For Laughs Comedy Festival. Sarah opened for Eric Andre’s national tour and wrote on THE ERIC ANDRE SHOW. She staffed on the Adult Swim series THREE BUSY DEBRAS and Netflix’s MAGIC FOR HUMANS. She was previously named one of Vulture’s Comics to Watch for 2018 and one of TIME OUT Magazine’s Five Comics to Watch for 2017.