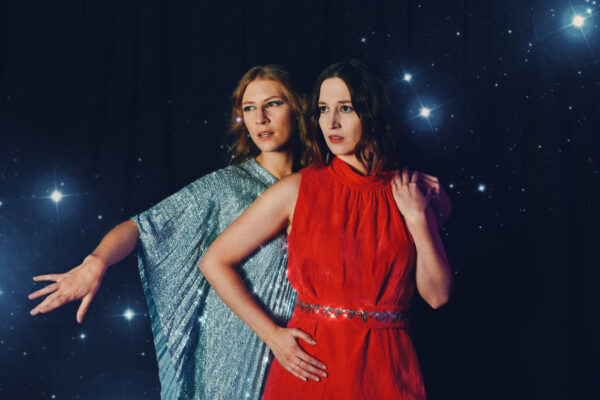 Meg Golz and Eve Wilczewski started as co-workers, slowly courted each other into best friendship, and then magically into music-making conspirators – all along, guiding the ship that is their indie-pop duo Seasaw. Without every piece of this musical history together, it would have been impossible for them to create their latest release, Big Dogs.

Harnessing their team dynamic, the creation of this album demanded Seasaw be brutally honest and experimental with each other. This process allowed them to create Big Dogs, a wildly imaginative departure from their previous work that features lush soundscapes and powerful lyrical choices.

The album’s title Big Dogs is taken from the ridiculous and self-assigned name that some people in power give themselves, and the duo’s message is a sonically beautiful rejection of this outdated term, as well as a response to the world around them in it’s current state.

Seasaw has performed alongside Chvrches, Lucius, Thao & the Get Down Stay Down, Har Mar Superstar, Shakey Graves, GGOOLLDD and many others. Big Dogs is available now on CD, LP and digitally.