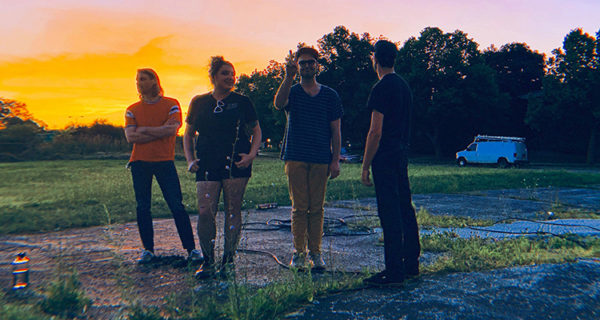 In late May—roughly six months after the band had its swan song at Bremen Cafe—former Iron Pizza members Rachael Thompson, Jake Brahm, and Bryce Kedrowicz played their first show with their new, markedly different project known as “Tell Me.” With the addition of Taylor Campbell (of Suffer Head and One More Final I Need You) on guitar, the young project—which also has current a former ties to Canopies, Appleseeds, Hughes Family Band, Faux Fir, Pussy Collector, and a variety of other projects—is poised to take a more mature, more serious, and decidedly prettier approach this time around.