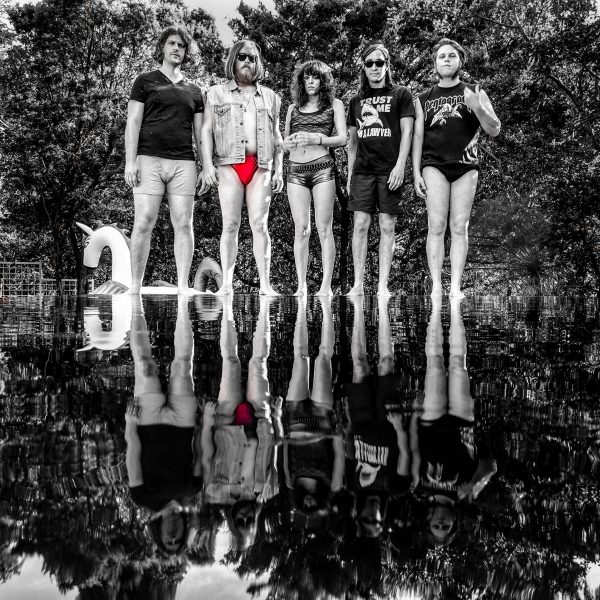 Forging their friendships in the crucible of their Houston, TX, high school, Sabrina Ellis (vocals), Andrew Cashen (vocals, guitar), and Orville Neeley (drums) first got their start covering AC/DC, The Ramones, Joan Jett, and the finer points of the Back to the Future soundtrack at school dances under the band name Youth In Asia. Reuniting in Austin in 2008, they enlisted their pals Andy Bauer (guitar) and Graham Low (bass) and christened the act A Giant Dog.

AGD have built their reputation blowing the goddamned doors off every venue in Austin. Live, they are loud, heavy, electrifying. Sabrina struts around the stage like Iggy Pop channeling Tina Turner. Andrew hurls himself from the summit of the speaker stack. Graham’s headbanging clobbers anything close to him. The audience rages, asses shake, and everyone leaves drenched in beer and bodily fluids.

Over the years, they’ve clocked in their time on the road, leaving destruction in their wake. They’ve shared members with other bands in the Austin rock ’n’ roll community including Sweet Spirit, OBN IIIs, Bobby Jealousy, and others.

In 2012, AGD impressed fellow Austinite and Spoon frontman Britt Daniel enough that he took them under his wing to start demolishing concert halls across the USA as the support act for his band. In Daniel’s own words, “Andrew and Sabrina are currently writing circles around just about anyone else in rock and roll. Their live show is insane, which is probably why I’ve seen more of their shows than any other band’s over the past few years.” 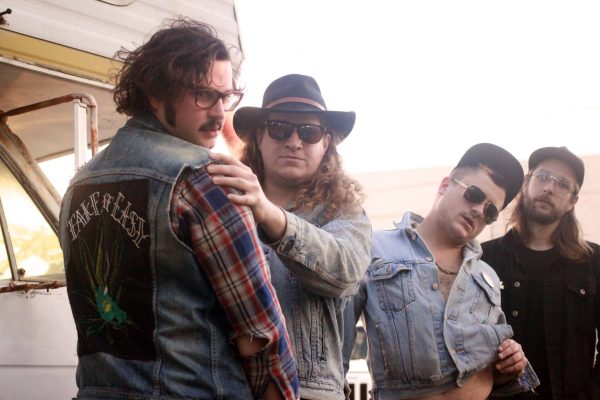 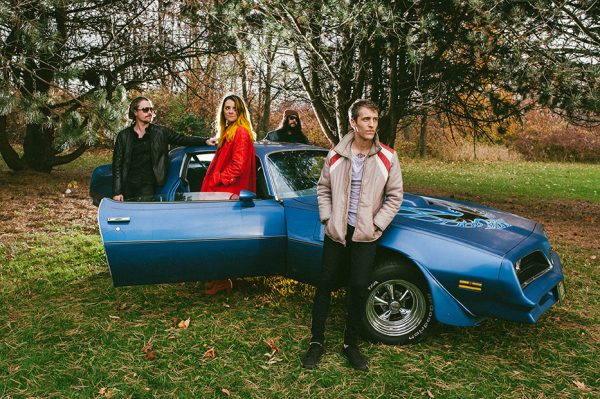 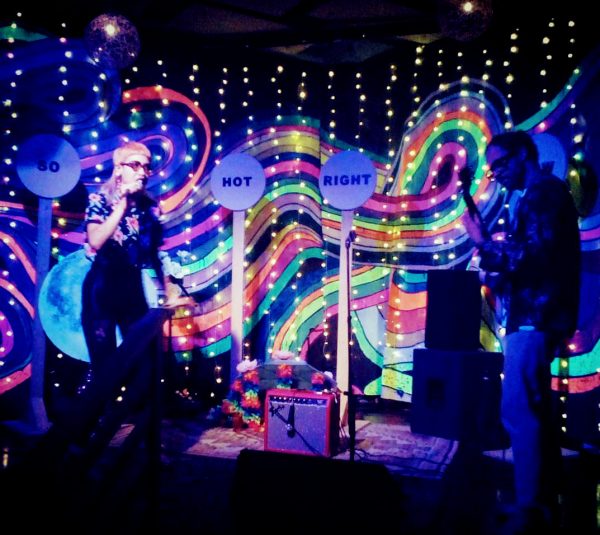