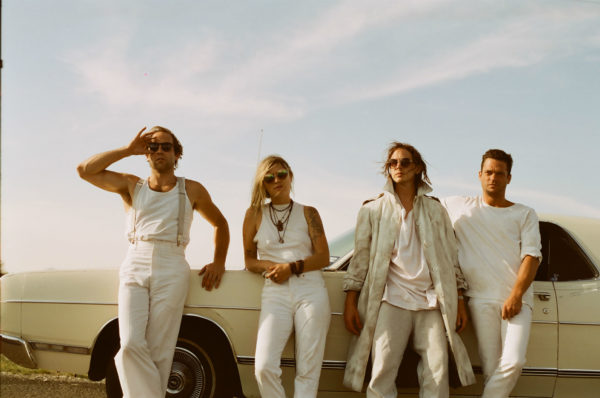 Stick your head out the window and sniff the air: there’s a blizzard of badness brewing, and it’s not blowing over anytime soon. Sure, the political leaders, bullies, and other villains of various venoms are dominating the headlines, but these days the list of troublemakers extends well beyond the usual suspects. From their home base in the Heartland, Tulsa, Oklahoma’s BRONCHO have a unique vantage point from which to survey the sins. Churning out thoughtful, nuanced rock and roll with an art school spirit and a punk rock heart since 2010, the band’s fourth album, Bad Behavior, finds them leaning into their strengths for their strongest effort yet. Following the catchy, playful vibe of previous albums Can’t Get Past the Lips (2011) and Just Enough Hip to Be Woman (2014), as well as the deliberate sonic intent of 2016’s sludgy, moodier art piece Double Vanity, the new record reveals BRONCHO’s fly-on-the-crumbling-wall vision of our moral climate, complete with a reenergized, accessible sound and the charmingly sardonic, smiling-while-sneering delivery of singer and bandleader Ryan Lindsey.

“It’s a reflection of the current world: everybody’s been acting badly over the last few years so we made a record about it,” Lindsey says. “There are multiple ways of portraying something as ‘bad,’ and there are moments of self-reflection throughout the record as though we could be talking about ourselves—but not necessarily. It’s observational, like we’re looking through muddy binoculars from a distance. It’s a blurry mirror image of the times from where we sit. ”Lindsey (vocals/guitar) and the band—Nathan Price (drums), Ben King (guitar), and Penny Pitchlynn (bass)—are a tight unit who have seen their songs featured at influential TV and radio and have toured the U.S. andEurope, including arenas with the likes of Queens of the Stone Age, The Growlers, Portugal.The Man, and Cage The Elephant. In the gritty warehouse district of Downtown Tulsa they have carved out a physical place for themselves, an industrial blank space where BRONCHO can experiment with sounds, performance, visuals, and more. It’s where they recorded Bad Behavior with producer Chad Copelin in the first half of 2018, a controlled process that allowed them to work at their own pace and by their own standards, almost like a secret club. 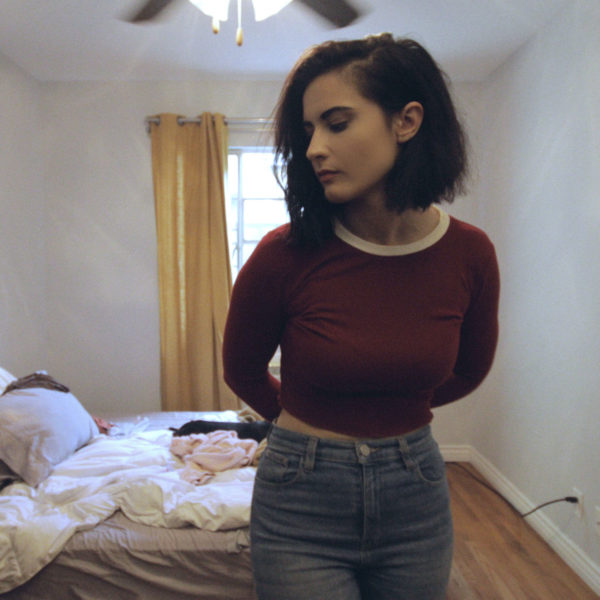 Valen is a singer/songwriter newly settled in Los Angeles and you can consider “I’ll Be Waiting for You” her showstopping official introduction. It’s a hazy slow-burning heartbreaker of a song, with 80s pop hooks drifting through up-close-and-personal bedroom-style production, and that makes the video by Growlers-embedded director/cinematographer/videographer Taylor Bonin and producer Danny Rose especially fitting. See for yourself—Valen might be singing into her mirror, or she might be singing right to you. 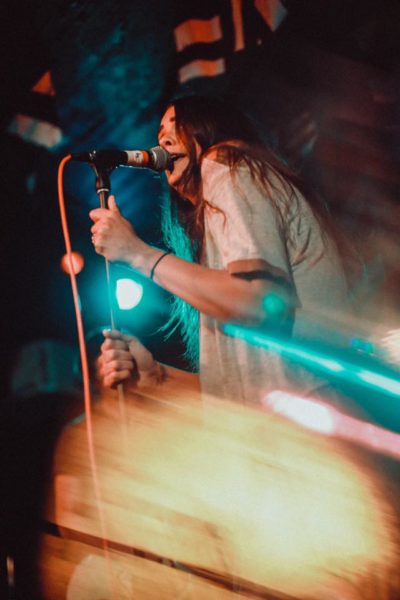 Whips is a Milwaukee-based indie rock quartet, formed in late 2012. Comprised from both former and current members of
Red Knife Lottery, Space Raft, Hot Coffin,
The Academy Is