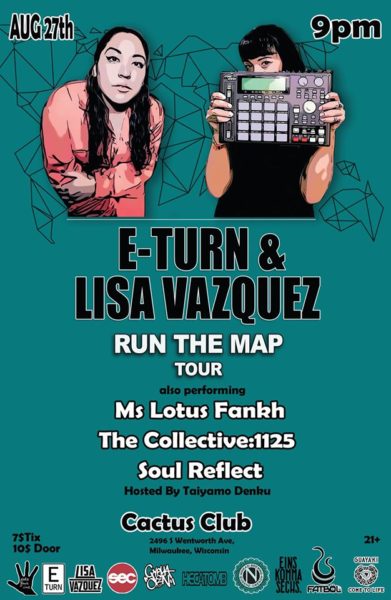 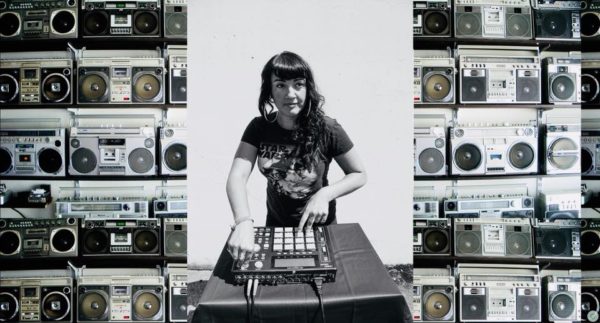 Lisa Vazquez is an Argentine bred Wonder Woman in all aspects of her craft. A Hip Hop / Soul producer, Vocalist and Multi Instrumentalist, Lisa blends worldly and jazz flavors with sultry vocals and deep lyrics all over a classic hip hop thump to get you moving. She has shared stages with Just Blaze, Talib Kweli, Chali 2na, and KRS One while being featured at festivals such as Soundset, SXSW, Summer Meltdown and Oregon Country Fair. Lisa was also a finalist in the 2018 International Goldie Awards DJ and Beat Battle, garnering herself esteem in the eyes of well known producers and DJ's. Lisa is the answer to what hip hop has been lacking in recent years. She creates her beats live, while layering her vocals to create a rich canvas for her lyrics and sultry vocals. Truly a one woman show like no other. Lisa taps into her creative world further with her Beatmaking Series - "Flip It Friday" - which you can find on Youtube. 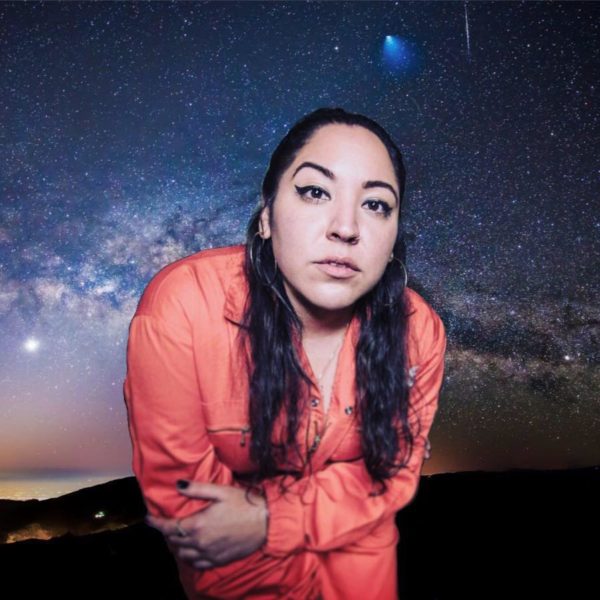 Orlando-based rapper/singer E-Turn released her third full-length, Young World, this past fall on Fake Four Inc. Backed by the soulful, melodic boom bap of Swamburger (Solillaquists of Sound), E-Turn utilizes a multitude of deliveries and croons to issue a call to arms against the maladies of modernity. While early returns of the digital age are awash with tales of rampant greed, cruelty, and alienation, E-Turn expresses hope that the tools at our disposal can be used for the greater good of humanity. And Hip Hop, at its best, can play its part. Entertainment helps us forget ourselves. Art helps us remember ourselves. E-Turn grew up amongst mixed cultures. Her father came from Iran to America during the revolution, and her mom, a San Diegan of hispanic/native descent, had a volatile upbringing. E began singing at a very young age, rapping in 7th grade, performing with a cover band at 17, and then hitting the open mic circuit at the age of 19. Young World was created during a tumultuous stretch in E-Turn’s life, marked by the highs of touring Europe and the lows of loss. Drawing influence everywhere from Mos Def to Stevie Nicks, E’s writing conveys urgency, mindfulness, and resilience in the face of pain. Her gritty, impassioned delivery fits seamlessly into the bold production aesthetics of Swamburger, with the two artists displaying the type of rarified chemistry that can only come from frequent collaboration. “Walking through your inner hell / Chipping at your outer shell”, E-Turn sings on “Stumble”, channeling ‘90s R&B over a woozy, shuffling Swam beat. Guests on Young World include JFK Ninjaface, Sean Shakespeare, Carnage the Executioner on beatbox, DJ Hurley on cuts, and L.A. legend Myka 9, who cleverly mirrors
E’s verse and hook with a thematic flip on standout track “Peas”. For many lost in the now, viewing life through a screen like a porthole on a sinking ship, E-Turn’s Young World offers hope that we can rise to the surface and find something real and lasting. 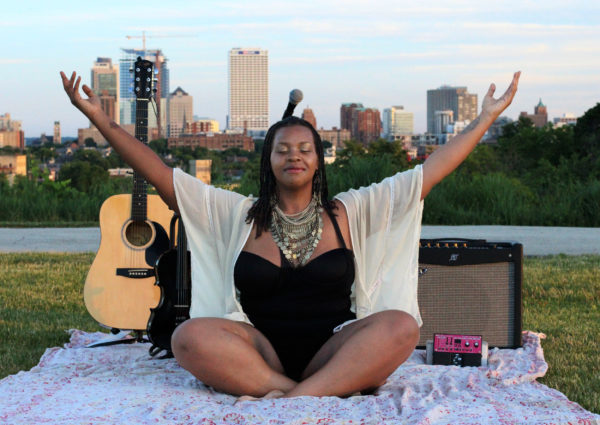 From the birth of the cool till the end of September she is Ms. Lotus Fankh. She whose name represents “life and rebirth” creates music that explores the heart of soul and is sure to make you smile. A singer-songwriter-producer-musician from Milwaukee, her sound is inspired by influences of Soul, Funk, Jazz, and Rock. She expresses her story through guitar, loop station, violin, and voice while her shows reach beyond generations and across genres.

Ms. Lotus Fankh has had the pleasure of playing at festivals and establishments in the city of Milwaukee and surrounding areas. As she looks forward to future projects and partnerships while preparing for the release of her first EP, her music can currently be found on ReverbNation and Soundcloud.

Her sultry voice and meaningful lyrics fills her performances with warmth and genuity. A show with Ms. Lotus Fankh is a night with smiles, laughter, and good times. 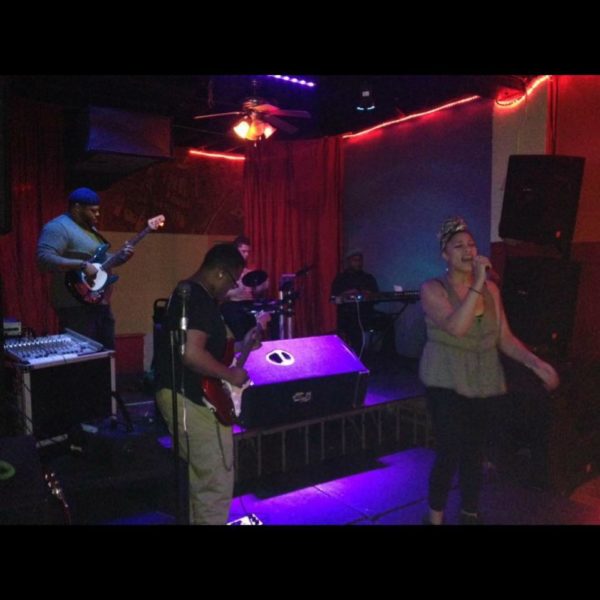 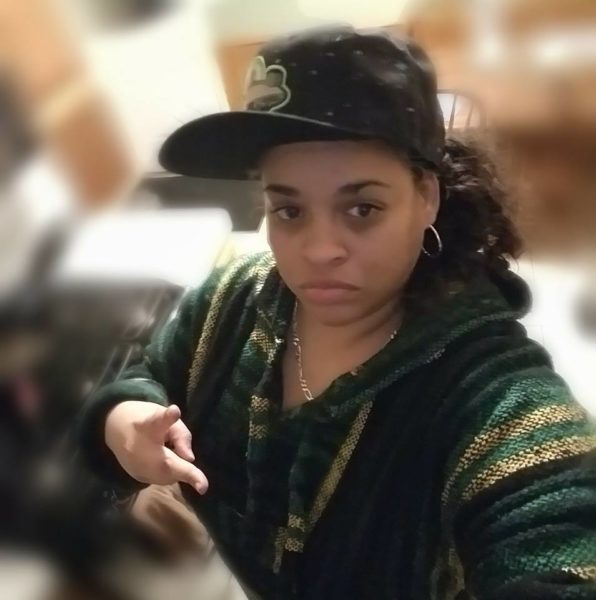 Soul Reflect is a hip hop lyricist out of Minneapolis MN, and is also the founder and producer behind Burgin Beat.