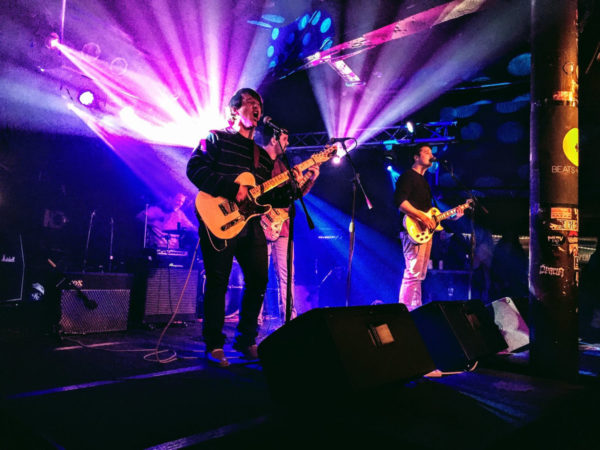 North Breese is an original alternative-rock band with emo and pop-punk tendencies formed in Madison, WI.

In the Spring of 2015, North Breese won a battle of the bands called Badgeroo, run by the Student Alumni Association at UW-Madison which landed them a spot at the Revelry Music & Arts Festival where they opened for (now Grammy Award winning artists) The Chainsmokers and Chance The Rapper. From there, they won a two-night battle of the bands at the Up and Under Pub in Milwaukee, WI to play an hour set on the Harley Davidson Stage at Summerfest (The World's Largest Outdoor Music Festival) on July 2, 2016 opening for Nelly!

North Breese continues to collect fans and play at local venues throughout the Midwest. They just released The 86 EP, recorded at 608 Studios, in the Fall of 2016. The EP is a follow up to their full-length album Forward recorded at Slade Studios and Paradyme Productions. 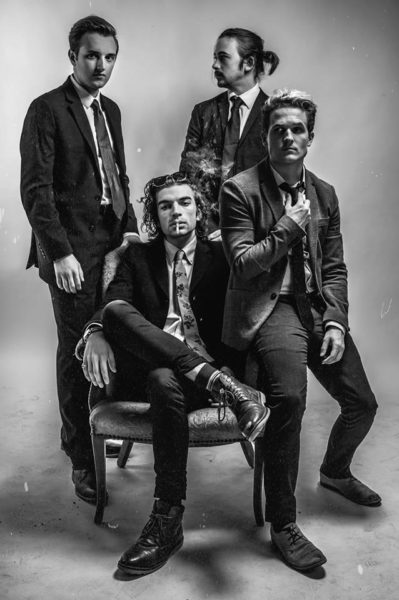 The Keystones are an alt-rock, blues punk band based in Waukesha, Wisconsin. Born in the very same place as the electric guitar itself, The Keystones are dedicated to creating a repertoire of original music that packs venues and puts crowds on their feet. 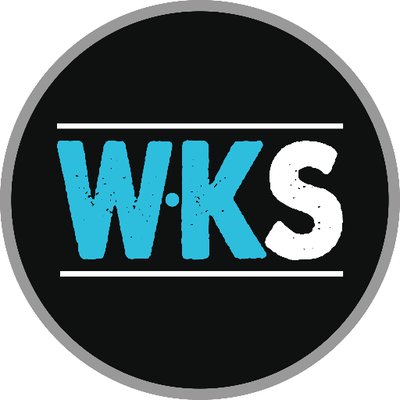 Well-Known Strangers has been entertaining Midwest audiences with their cello infused, alternative pop/rock sound. Members Joe Adamek (acoustic guitar), Betsy Ade (lead vocals, guitar), Cameron Fair (cello), Theodore Koth (lead guitar, background vocals) Roger Gower (drums/percussion) and John Kulas (bass guitar) just released their new EP "Path Away" on May 4th and radio stations around the country are spinning & streaming their single "Sidewalk". Together, the band members have an amazing mix of musical knowledge and education that provides a unique sound that is reminiscent of familiar of music from the ‘90s while being expressively groundbreaking and melodically rich. They have been humbled by their success and performing with acts that include Blind Melon, Blue October, Candlebox, and many more. While Ade and Adamek do most of the songwriting, it’s the band’s creative spark and sonic diversity that are the driving force behind their sound.

Well-Known Strangers grew out of a 15+ year friendship between Ade and Adamek. Then, after performing at a mutual friend’s wedding in May 2014, the two discussed the possibility of a music collaboration and began seeking out talent. In February 2015, Well-Known Strangers were born. Their name comes from the idea that they were all individually “well-known” in the local music scene when they got together, but on a personal level some of them were “strangers” to one another. Proud supporters of the fight against human trafficking, LGBTQ community, and the ongoing battle against cancer, Well-Known Strangers continue to raise awareness of these important issues through community events and their talents as musicians and artists.

Fronting Well-Known Strangers, Ade’s rich lyrical gifts are essential and her vocal delivery is simply unmatched in contemporary pop/rock music. A proud member of the LGBTQ community, Ade is passionate about cancer research, after losing her mother to Hodgkin’s disease when she was just 9 years old. In 2004, Ade won the Wisconsin Area Music Industry’s (WAMI) “Female Vocalist of the Year” award and in 2017 won Shepherd's Express "Female Vocalist of the Year".

Adamek plays rhythm guitar and has spent over a decade playing drums and bass guitar in several bands throughout the southeast Wisconsin area. Adamek is a cancer survivor, who is also deeply passionate about cancer research. In addition, Adamek is a decorated Gulf War veteran, having fulfilled eight years of active service in the US Navy and was honorably discharged.

Cam has been playing cello for about 12 years, in addition to experience with bass and ukulele. Cam is currently attending UW-Parkside working towards a bachelor's degree in Cello Performance and a Computer Science certificate. After college, Cam intends to start working on his Master’s in Cello Performance.

Koth, also classically trained with a degree in music, has been playing lead guitar as a session musician for local SE Wisconsin bands as well as projects on the East Coast. In addition to lead guitar, Koth is proficient with acoustic/steel string guitar, classical guitar, mandolin, banjo, and ukulele. Koth was runner-up in the 2017 Shepherd Express "Best Guitarist."

Gower plays a wide variety of percussion, is a DW loyalist and has been very successful in establishing his percussive reputation with several regional projects. Roger is endorsed by SoulTone Cymbals.

Kulas, an all-around excellent guitarist, utilizes his diverse abilities to hone his talent on bass, and is the driving force behind the band's social media successes.

Well-Known Strangers have been recognized through numerous awards and nominations, including the following (in addition to those listed above): 2017 Milwaukee A-List "Best Local Band," Runner-up 2017 Shepherd Express "Best Band," and up for two (2) 2017 WAMI awards, "Best Rock/Pop Band" and and WAMI People's Choice Award for "Best Band." Well-Known Strangers music can be found on iTunes, Spotify, and Amazon and heard on Pandora and Apple Music.