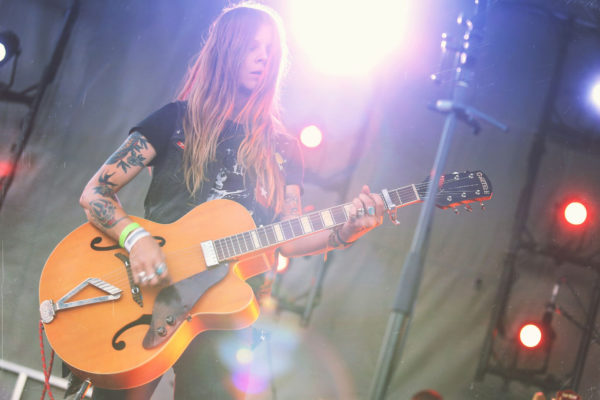 North Carolina’s Sarah Shook sings with a conviction and hard honesty sorely lacking in much of today’s Americana landscape. Always passionate, at times profane, Sarah stalks/walks the line between vulnerable and menacing, her voice strong and uneasy, country classic but with contemporary, earthy tension. You can hear in her voice what’s she’s seen; world weary, lessons learned—or not—but always defiant. She level-steady means what she says. Writing with a blunt urgency—so refreshing these days it's almost startling—Sarah's lyrics are in turn smart, funny, mean, and above all, uncompromising. Sly turns of phrase so spot on they feel as old and true as a hymn. Anger that's as confrontational as it is concise. Humor that's as wry and resigned as a park bench prophet.

The Disarmers hit all the sweet spots from Nashville’s Lower Broad to Bakersfield and take Sarah's unflinching tales out for some late-night kicks. At times, it’s as simple and muscular as Luther Perkins’ boom-chicka-boom, or as downtown as Johnny Thunders. The Disarmers keep in the pocket, tight and tough.

Sarah Shook & the Disarmers have been covered by the likes of Rolling Stone, The FADER, Noisey/VICE, The Wall Street Journal, and more.

This is a new voice for a new country. 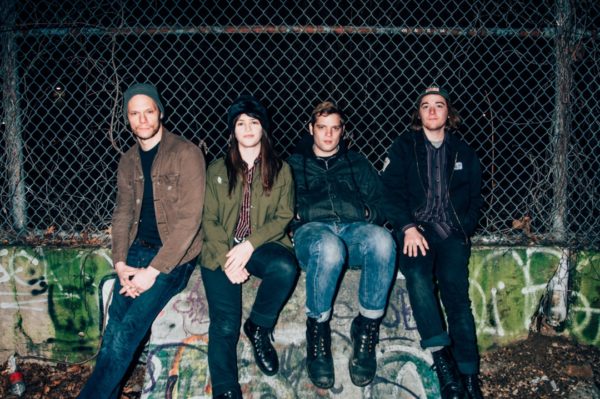 Since their inception in late 2009, Big Eyes has been a musical chimera. Their distinctive heavy sound glides between punk, power-pop, and hard rock, while their songwriting retains an unwavering classic pop refinement. On their latest album Streets of the Lost (out April 5th, 2019 on Greenway Records), Kait Eldridge, the bandleader and songwriter behind Big Eyes, combines straight shooting New York punk sensibilities with moody, brooding pacific northwest undertones, evoking a sense of both places the band has called home. Rounded out by the Ridenour brothers, Paul on guitar and back-up vocals, and Jeff on bass, and Scott McPherson on drums, Big Eyes’ sound has never felt richer, darker, and more lived-in.

Fuzzy, driving riffs on the opening track, "Hourglass," unfurl the adventure you're beginning, and bring forth visions of motorcycles propelling ever forward. Dual lead guitars, thoughtful flourishes, and an insightful utilization of harmony and melody are spread tastefully throughout the album, showcasing Big Eyes' studied knowledge of timeless songwriting. Like the mythological chimera, Eldridge breathes fire with her passionate vocals on the title track: “These people always pass me by/Once more I’ll never cross their minds." Her lyrics pierce the heart, exuding loneliness and isolation. This is the soundtrack to the John Carpenter movie about a gang of scruffy runaways you wish he’d made. Inspired by the 1983 Mary Ellen Mark photo-essay of the same name, Streets of the Lost is an album that speaks to anyone skirting around the edges of society: the punks and street-dwellers, the revolutionists and experimenters, the forgotten and the lost. 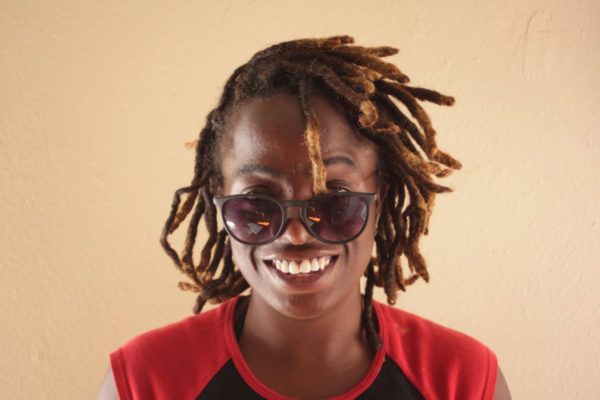 Sunny War is more than just an artist; she is a force of nature that is tough to pin down. What exactly is her style? Blues or punk? Yes, she may be a Robert Johnson with a shot of Bad Brains, but even this description falls short. The only way to really know Sunny is to immerse oneself in the music. Easy enough, right?