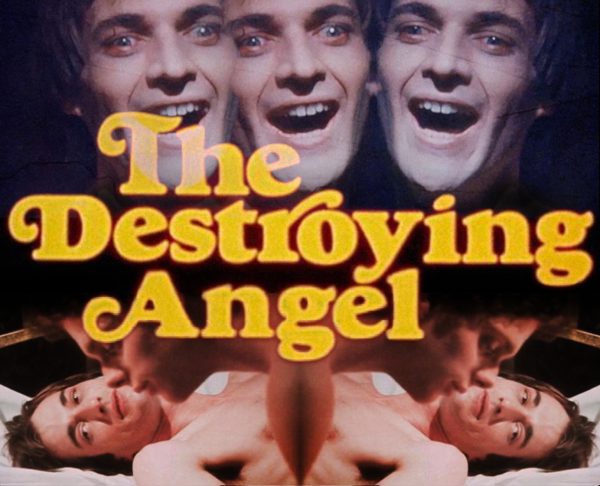 SEEN is a queer collective of young, fresh moving image makers,researchers, and curators who aim to disrupt the system of pay to show festivals and censored queer spaces. Through collaboration with other community driven and alternative art spaces, SEEN highlights self defined and nonconformist works in aims to build the foundation for the rise of the Cinematic Gaze/Gayz.

*This event is sponsored by PinkLabel.TV and Bijou Video*

ABOUT THE FILM*
“There’s only one way to overcome temptation – by giving into it!”

Loosely based on a Poe story, the film focuses on Caswell Campbell, a priest in training on sabbatical, torn between the call of the cloth and his pent-up lust. Religious repression leads to internal – and physical – fragmentation as Caswell repeatedly glimpses his sexually ravenous doppelgänger and is drawn into a bizarre underworld of psychedelic supernatural sex, with rough and kinky action and surreal, stylized sex scenes abounding!

It was in 1969 that the company that founded the Bijou (along with many other Adult Theaters and businesses) was formed. Today Steven Toushin one of the original founders is still actively running the businesses.

Since 1999 Bijou has been restoring-remastering it’s vast library of films from a variety of source materials (16mm film, 1-inch masters, 3/4 inch tape, etc) that forms Bijou Gay Classics the only company of it’s kind in the world that dominates the Gay Vintage, Classic, Pre-condom market worldwide. Visit at Bijouworld.com