At the after-party we’ll have a table set up to fill out postcards (to be sent to the DA) and a sliding scale cover price from $3-$5! DJs spinning twerk, hip-hop, bounce 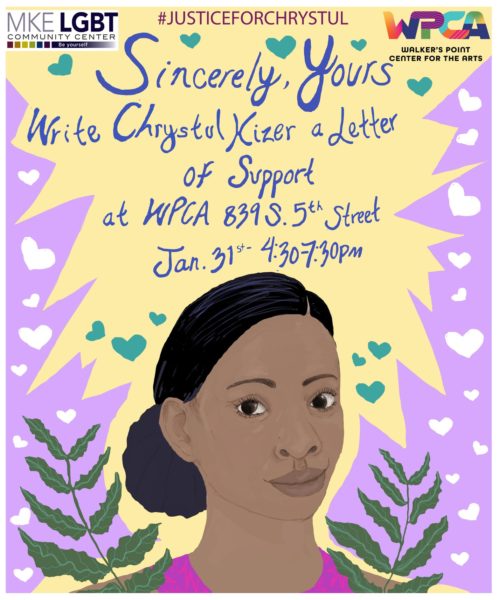 Please Join me Friday January 31st 2020 to come write a letter of support with me for 19 year old Chrystul Kizer. Currently, Kizer is facing a $1 Million bail and life in prison for killing her rapist and sex trafficker Randall Volar III. In February 2018, police arrested Volar on charges of child sexual assault and then was released without bail. After being released, Volar, a white man, remained free for a total of 3 months!

Even after Police found evidence that Volar had been abusing about a dozen other underage black girls. Volar was free up until Chrystul (17 yrs old at the time) allegedly shot him in the head twice and lit his house on fire. A few days later after Volar's death Kizer confessed and was charged with arson and first-degree intentional homicide. In the state of Wisconsin an offense like this carries a mandatory life in prison sentence.

I will also be accepting live cash and credit donations to send to her GoFundMe account and to Chrystul and her family as we await her upcoming trial March 2020. This event will be followed up with a fundraising after party at Cactus Club from 10pm-2am.

For more information about Chrystul Kizer's case here are a list of links to follow and pages :