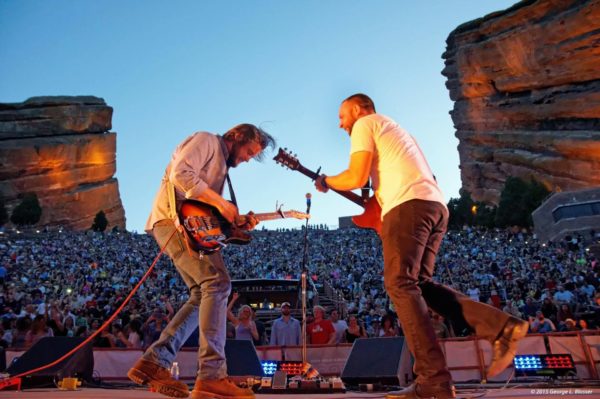 It’s the kind of music that the Carhartt-wearing, hard-working, industrial beer-drinking, regular Americans would listen to — the ones who could end up on an episode of TV’s Dirty Jobs. It’s a little raw, a bit loud, unapologetic and honest. It’s Americana rock and roll and it’s something that Denver’s Strange Americans are crafting with both brawn and finesse, like a hot rod mechanic bringing back an old barn find.

In a sense, Strange Americans are rescuing something from the rust pile — straight-forward, no frills rock and roll, and a matching aesthetic that is heavy on songwriting and storytelling, but presented with reverb-drenched punch and passion — the way The Band or Crazy Horse would have done it.

Strange Americans have three full-length records, Royal Battle (2012), That Kind of Luster (2014), and Borrow You, Brother (2017), along with the 7″ Vinyl Places (2015). Borrow You, Brother was recorded with Echo Lab engineer and producer Matt Pence (Centro-matic, Justin Townes Earle). 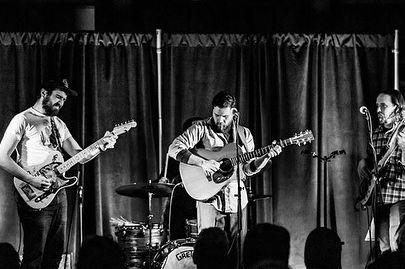 One minute Derek is leaning on the bar, drinking a beer, and telling you stories from his youth of factory shifts and midnight dirt bike rides through empty quarries. The next minute he steps on stage, picks up a guitar, and begins to sing. With a thousand mile stare and a voice as gentle as it is fierce, Derek's music comes at you like a beautiful and sudden spring storm. After seeing him play, his songs, words, and layers of meaning continue to echo and churn like thunder in the distance. 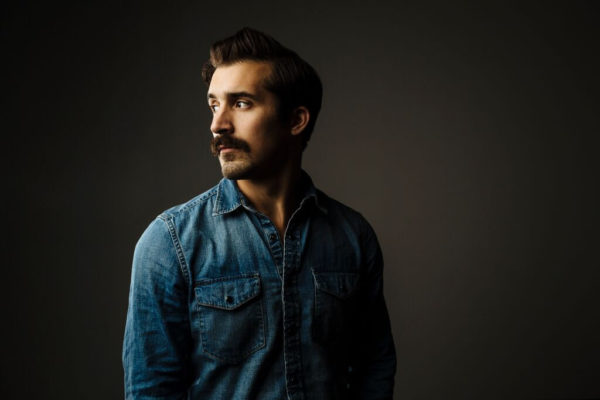 Voted Best Live Act in Milwaukee (Milwaukee Magazine, 2017), it’s been 4 years since Zach Pietrini showed up on the Milwaukee music scene. Despite being a Chicago transplant, The Zach Pietrini Band has become a recognized name around town playing featured spots at Summerfest and Bastille Days. At the forefront of the Americana resurgence in the north country, Pietrini quickly distinguished himself with his fearless vulnerability, prolific writing, and dynamic live show. “Pietrini’s skill is crafting the kind of Americana that gets right into you with a beguiling friendliness” (88Nine Radio Milwaukee).

Pietrini’s 6th release, Denver Sessions, has continued to solidify his reputation as an Americana force. Picked for Best Album 2019- by Artistic Echoes, the new album was a "b-sides record that is more like an A-sides anthem." Music Review Roulette. Musically, “Pietrini’s smooth and delicate voice [affixes] to infectious hooks and a touch of classic country” (Milwaukee Record).

Zach and the Band push onwards. Voted Best Band in Milwaukee by Milwaukee Magazine, and serving as direct support for Huey Lewis and the News, Ray Wylie Hubbard, The Shook Twins and Miles Nielson & the Rusted Hearts, the band has proven it is here to stay. They will be hitting the road this March and are excited to share their stories, sounds, and music.