Presented in partnership with WMSE 91.7 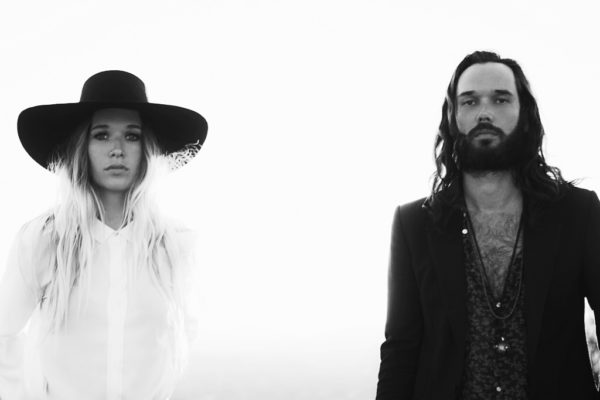 Everybody One of a Kind is the bold new record from Wild Belle. It’s a freaked-out sonic collage
of all the things that brought us into their universe: The breezy reggae feelings on Isles, the darker
edges of Dreamland, and a vibrant new energy that marries past and future. The album bends
genres and busts stylistic boundaries. Dub Reggae, Soul, R&B and Pop are all fair game, as the band
lovingly explores this fertile ground. The message that runs through the songs is clear: we’re all
“freaks,” we all need love, and we’ve got work to do. As Natalie boldly proclaims in the rallying cry
of “We Are The Future,” “This is a revolution.”
An early meeting during the making of the album with producer Max Martin brought some things
into focus for the band. He felt that there we three elements that made something a Wild Belle song:
Natalie’s voice, Elliot’s baritone saxophone, and a reggae rooted rhythm. He asked them to make a
number of songs with only these core elements. With this in mind, the band set out to make the
most focused and stripped-down record they’ve produced to date. Natalie’s vocals sit front and
center in the eclectic world of Elliot’s production.
Natalie’s songwriting feels liberated. It’s more confident, vulnerable, sexy, funny and pointed. On
Tumbleweed, she channels the ghost of an undiscovered Motown star when she sings: “When the
sun goes down, that’s when I need you the most. On top of this hill, I see the world but I’m alone.”
It’s a perfect marriage of lyric and melody as her voice outlines the chord changes beautifully.
The impact of their new sound is immediate. Album opener “Rocksteady” hits hard. A pulsing
Buchla synthesizer, Natalie’s lilting vocal melody and Elliot’s baritone saxophone ripping through
the wall of rhythms. Mockingbird is an up-tempo reggae stomper that moves bodies and feet.
(check their ecstatic backyard dance party meets old school cop chase video-filmed in the backyard
of legendary painter and friend Mark Grotjahn) The song, produced by John Hill started by mining
his South American jungle field recordings for bird and animal sounds.
Wild Belle is a band that makes albums. The ten tracks hang together as thick sonic stew. Elliot
Bergman’s production draws from his collection of instruments that he has crafted over the past 15
years. Electric kalimbas get looped and fuzzed-out, and his cast Peace Bells (made from melted guns
and bullet casings) show up on “Let The Bells Ring.” He recently completed construction on his new
Los Angeles studio that houses this world of sounds.
The record is a testament to the many faces of love, even in the course of one relationship. Natalie
shifts from being a naughty gal and a nice gal too, to a tumbleweed blowing by, to a transistor radio
and alarm clock, all while maintaining her voice as a socially conscious woman calling us to love the
poor, support transgender youth, and wave the freak flag.
Since the release of their critically acclaimed debut album, Isles, the band has not stopped. They
have toured the world, playing Coachella, Lollapalooza, Corona Capital, and Austin City Limits. They
have appeared on the Tonight Show with Jimmy Fallon and Conan. They’ve had their music in
dozens of television shows and films, and Natalie recently sang the opening theme for the HBO
show The Deuce with Elvis Costello. Natalie has exhibited her vibrant collage work in Los Angeles
galleries. Elliot has performed with his Peace Bells at the MCA Chicago and the Hirshhorn Museum
in Washington D.C. As their individual creative practices grow and develop, the pair have continued
to produce their art and music in a very personal and handmade fashion. Everybody One of a Kind
welcomes you into a new chapter of Wild Belle’s expanding world.
Wild Belle
Work on the album began in early 2014, in Chicago. The song that opens Dreamland -- “Mississippi River” -- was also the first one to come together in the studio. It was sparked by a moment of musical serendipity: “The record starts with this pulsing ARP drone,” says Elliot, “which is a very expensive esoteric nerdy synthesizer that’s complicated to program. Natalie and I had this weird, symbiotic thing where I was playing three chords off the ARP and she started playing different three chords on this out- of-­­tune autoharp she brought over. They were both completely in the wrong key, and yet perfectly in tune with each other. That was like the new bar for the record. It was like, ‘Yeah, we’re going to put synthesizers and saxophone and kalimbas on these songs, and we’re going to have lavish string arrangements if we want to. We were getting comfortable with all of the materials that we love, and being like, ‘I love this, so let’s do it.”

They tracked several songs at home in Chicago last year, and then at the start of 2015, Natalie packed all of her belongings into the Wild Belle van and drove from Chicago to Venice, California. She rented a house where Elliot joined her a couple weeks later. “When I had my place in Venice, Elliot would wake up earlier than I would and start making dope beats,” says Natalie. “One day he made this ridiculous song, ‘The One That Got Away,’ and the beat and underlying track were so exciting that it didn’t take very long to write. Our friends came over and were jumping on the tabletops, dancing, getting naked because they loved the song so much.”

“Playing the new songs at Lollapalooza for the first time with an eight-­­piece band,” says Elliot, “I had a feeling onstage that I’d never had before with Wild Belle, where you’re part of a sound that’s much bigger than you could make on your own. It’s this charged-­­up badass feeling. It’s about a groove and rhythmic energy and force and momentum and making a big, dark, deep sound -- something that moves people and makes you want to dance and makes you want to shout. It’s tapping into a deeper musicality that I’ve always been looking for.” 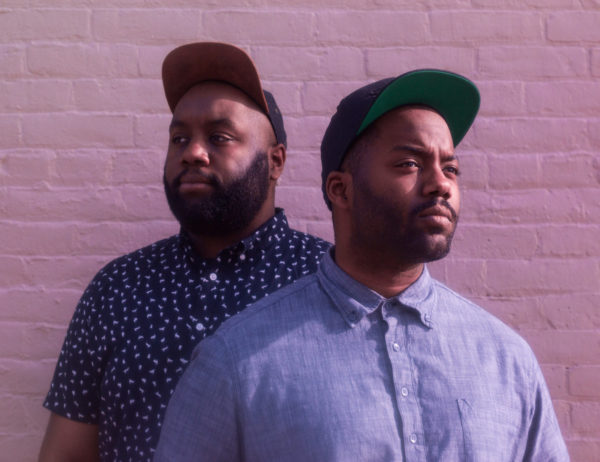