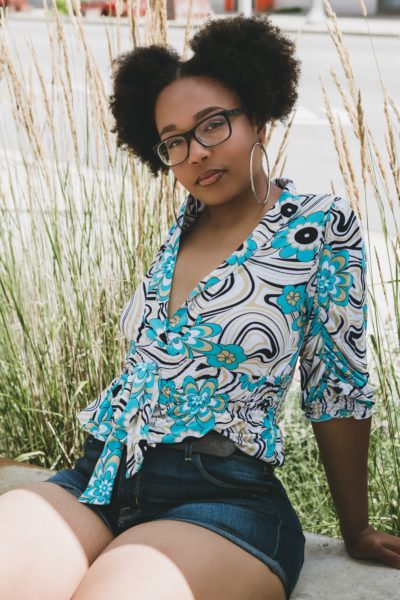 (Milwaukee)
Genre: hiphop
At the age of 15, Auti Marie knew she could master the art of rap after writing an impromptu verse that received positive feedback from friends and family. However, it was during her college years (2012-2016) at the University of Wisconsin-Whitewater that she decided to seriously pursue a career in music. She developed a stage presence by performing at on-campus music showcases, open mics and even had the opportunity to be an opening act for the Ying Yang Twins. When Auti Marie wasn’t busy with her college courses, you could find her performing at open mics and in lineups amongst local artists in her hometown, Milwaukee, WI.
Auti Marie has the ability to create music consistently and with each new release, she reveals fresh experiences and knowledge to her listeners. Her very first mixtape “The Unexpected” was released in 2014, followed by “The Unexpected 2: Class in Session” in 2015 and “BONAFIDE” in 2016. Auti used all of 2017 as a break to refresh her skills and made her way back onto the music scene dropping 3 remix singles in 2018.