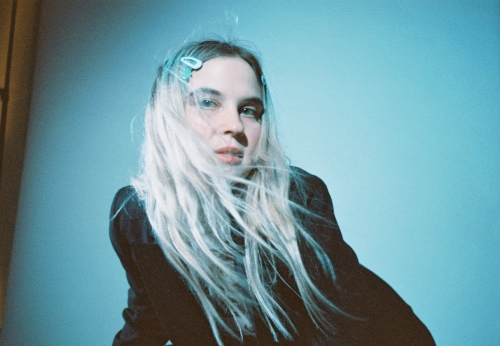 Everything, the debut album from Chicago quintet Bnny, may as well be a field recording taken from the lone country of grief. Written in sessions that span several years by singer Jess Viscius as she processed the death of her partner, the album is a chronicle of love at its most complex and loss at its most persistent. Viscius and her bandmates—her twin sister Alexa Viscius, plus best friends Tim Makowski, Matt Pelkey, and Adam Schubert—render these songs as inky noir vignettes, with Viscius’ half-whispered vocals giving them a sense of poise and power that’s cool to the touch, even as the songs find her at her most vulnerable. “I don’t cry often, generally I’m not super emotional,” Viscius says. “But when I sit down to play guitar, I can get in touch with the side of myself that I only know exists when I’m writing.” The first half of the album was written in the midst of a tumultuous relationship, while the second half was composed in its aftermath, but both sides are haunted by romance—even when she writes about her anger and disillusionment, the soft husk of Viscius’ voice and the depth of the songwriting as a testament to the sweetness that’s been lost.