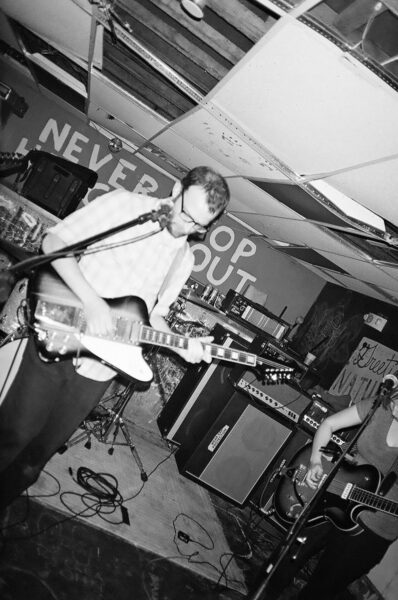 One more bio from one more band. One more description of a loud-as-hell indie rock band with a rhythm section built by the gods and guitars so graceful and melodic they make your ears cry. One more comparison to My Bloody Valentine, Pale Saints, Doves, et al, though of course, they don’t compare – they merely lie in the shadow of those influences. Yet another band with a phenomenal rock show, the type that brings audiences to their knees in complete adoration.

Another self-released debut album released in late 2003 receiving rave reviews including a Best Album of 2003 by an indie zine. Another band that relocated from their hometown of Peoria, IL to Milwaukee, WI for a variety of dubious reasons. A sophomore album was released in 2006 on Latest Flame Records with more great reviews, more college radio airplay, and more tours of the west coast, the midwest, and the southwest. One more band that continues to record, tour, and rely on the help of fans and friends. One more band you probably haven’t heard of, but should. One more band to listen to and accept or reject.