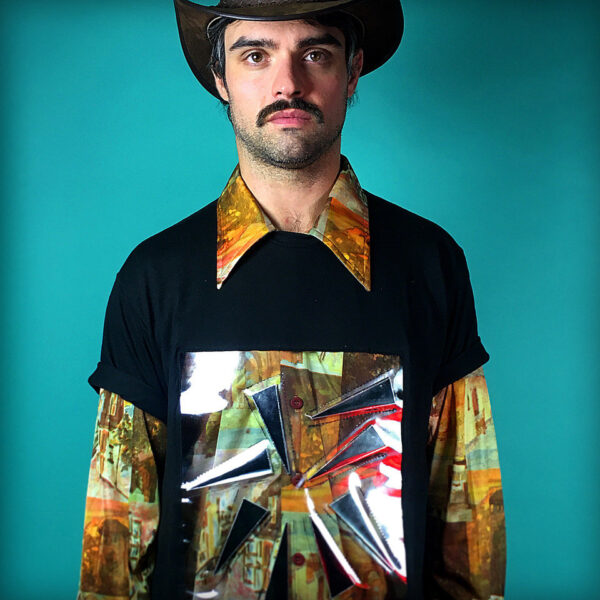 Detroit’s most beloved bartender, cook, and ping pong champion has gone solo. Well, solo in the sense that he’s put a firecracker musical act together and called it The Craig Brown Band. The debut full-length album, “The Lucky Ones Forget,” was recorded “almost live!” by Warren Defever (His Name Is Alive) and is now available on Third Man Records. It’s a long-player filled with songs about heartbreak, drinking, and vans—built upon the work of those daring punks who embraced country music (Replacements, Meat Puppets, Tom Petty, et al.). And it’s one of 2017’s must-hear records.

Whatever the band and whatever the avenue, Craig brings effortless musicianship and his damaged honkey-tonk howl to the mix. That is to say, he’ll shred your face off your skull and break your heart at the same time. He’ll continue to amaze with his eclectic, beyond-pro-as-fuck, take-no-prisoners guitar playing and songwriting abilities. This man has a deep love for rock n’ roll. It’s imbedded in his soul. It’s in the way he moves, thinks, lives, and plays.

Live, the Craig Brown Band might look like they slept at the club, but deliver a surprisingly polished and tuneful sound that will have even the gnarliest of disenfranchised young people pocketing their phones—for at least a few tunes, anyway. The good ol’ boys in the band, Eric, Perry and Young Andrew hold down the bedraggled hillbilly-deluxe-meets-dive-bar-classic-rock, offset by the pitch-perfect honeyed harmonies of Drinkard sisters, Caitlin and Bonnie. Just the kind of band you scratch your head to in the beginning but rave to your friends about how much they fucking rule in the end.

Craig Brown may not be God yet, but he’s definitely thrown his mustache, snapback hat and weed leggings into the ring.