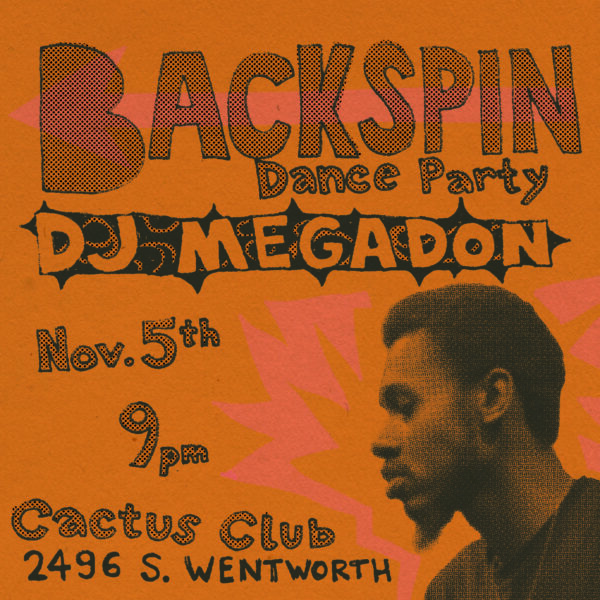 (Milwaukee, WI)
Genre: DJ
DJ Megadon is a born and raised Milwaukee native who has always been passionate about music and is heavily influenced by music ranging from the 60s all the way into the early 00s, and artists such as The Beatles, Bee Gees, Michael Jackson, Parliament-Funkadelic, Donna Summer, Duran Duran, Prince, Wu Tang Clan, A Tribe Called Quest, Lauryn Hill, Aaliyah, J Dilla, Madlib, MF DOOM etc. Already two years in as a DJ Megadon has been his impact around the MKE DIY music scene, performing at known venues such as Mad Planet, Company Brewing, Quarters Rock & Roll Palace, and Hi-Dive, just to name a few. He has also performed frequently at The Cooperage as he is one of the in-house DJs for Mid Coast MKE. DJ Megadon has been known to keep the crowd moving with his very unique classic song selection, and his goal as a DJ is for people to have fun during his sets while also developing a deeper appreciation for the classics.