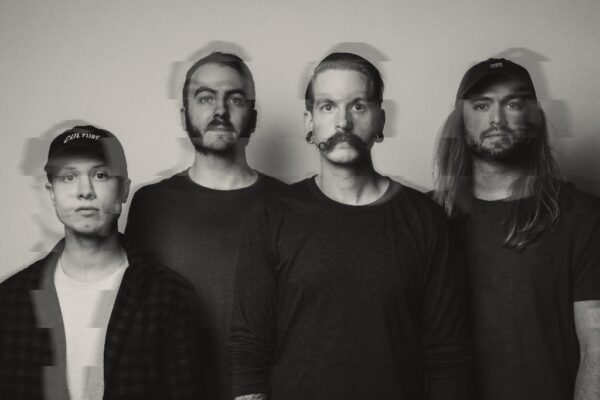 Earth Groans is a hardcore band from South Dakota. The group’s two previous EP’s, Renovate and Rahab, introduced then cemented them as a band worthy of distinction. Their play on song structure and metaphor not only illustrates their creativity, but it also illuminates their passion for the genre. Their talent and ingenuity earned them a spot on Solid State’s roster in 2017 and they’re set to release their third project with the label in March.   The band—made up of Jeremy Schaeffer, Zachariah Mayfield, Kaden Burton, and Brady Mueller—has been innovative since their conception in 2015. Their latest endeavor has them swinging the creative pendulum hard in both directions, splintering what could be a full-length record into two distinct but united EP’s. The first pursues a softer, more melodic side to the usually aggressive sound the group is known for, while the second hits with more force and dissonance than ever before. The duality of the two-part project showcases the band’s ability to corral chaos, and then unleash it.