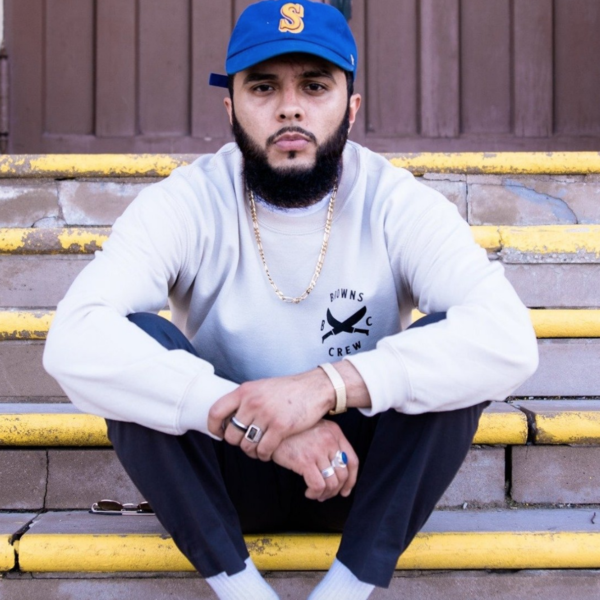 El Sebas is a Mexican rapper, writer, performer, and curator, whose art is influenced by
his culture and experiences. He forms half of Latin Hip Hop duo ‘Browns Crew’
alongside fellow rapper, Cristo Paz. In 2019 ‘Browns Crew’ was named a winner at
Summerfest’s Emerging Artist Series, and later that year was awarded Radio Milwaukee
88Nine’s Song of the Year for their release, “Mil Aires”