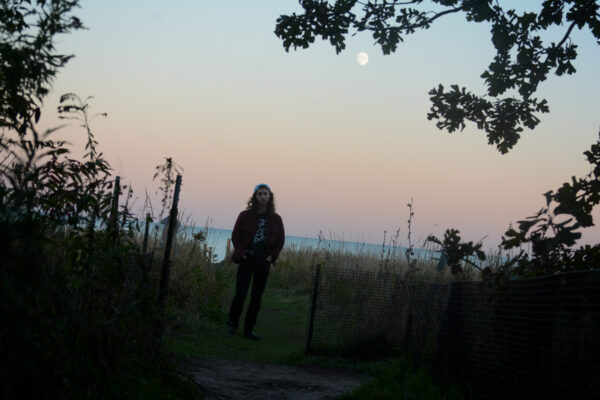 Eli Winter (b.1997) is a musician and writer based in Chicago. A self-taught guitarist and native Houstonian, Winter has been praised as a “generational talent” (NYCTaper) for his instrumental music, which has received praise from Pitchfork, The Guardian, the Chicago Reader, the Sydney Morning Herald, and others. On the strength of his first album, The Time To Come, The Guardian featured him as an artist to watch for 2020. That year, American Dreams Records released his second album, Unbecoming. In March, the label released Anticipation, an album of acoustic guitar duets with Cameron Knowler, which Pitchfork named one of 8 New Records That Reimagine What A Guitar Can Do. Collaborators include Daniel Bachman, Isa Burke, Tyler Damon, Cameron Knowler, Tara Jane O’Neil, Jordan Reyes, Sam Wagster, and Yasmin Williams. He is a 2021 Luminarts Fellow in Creative Writing.