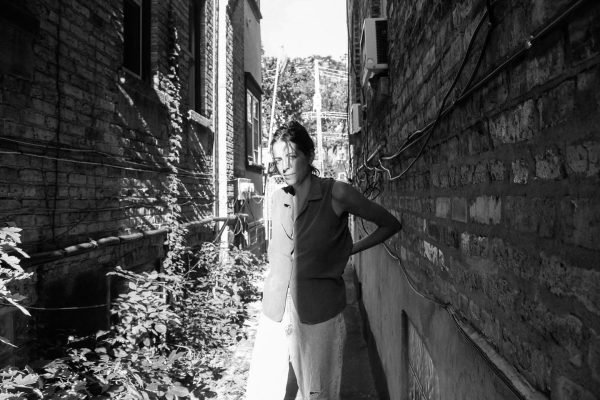 (Chicago, IL)
Genre: Indie Rock
Fran is the songwriting project of Maria Jacobson. They released their debut record, A Private Picture, on Fire Talk Records in 2019 to critical acclaim. Combining the alt rock of the 90’s with folk and country influences, Fran’s music is, at its core, is about sharing a truth -–telling it, confessing it, yelling it—in the service of human connection. Her songs have been described as “coolly fluid,” (NPR) and “taut, thoughtful songs that are further sharpened by a pristine elegance” (Chicago Reader) that “take listeners on a journey of love and self-discovery” (Bandcamp).
“Leaving,’ the sophomore album from Fran, finds the band at a crossroads of loss and possibility, forged through Maria Jacobson’s preoccupation with the climate crisis as well as newfound contemplation of the intertwined nature of theology and religion. On “Leaving” Jacobson’s sharply wry anecdotes feel astutely impactful, with effortless melodic guitar and string arrangements creating a heartrending backdrop that showcases Fran as another force to watch in the constantly evolving Chicago music scene. Angular, precise and filled with melodic entanglement, this spirited culmination of modern indie folk songwriting, strings and electric guitars highlight the potential release and joy of Jacobson’s apt storytelling.