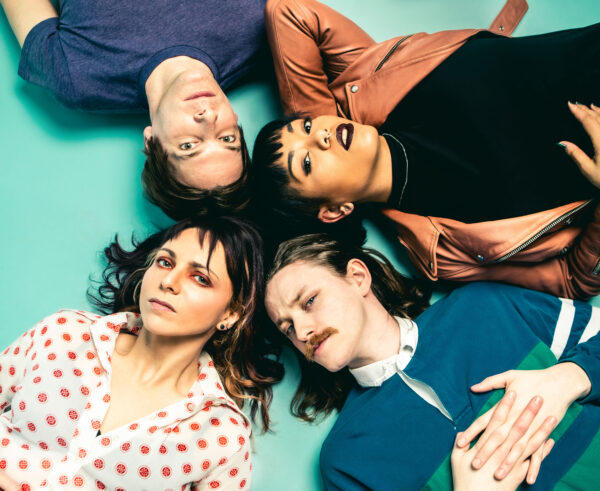 In 2020, Ganser navigated the tricky task of releasing their LP Just Look at That Sky during the height of a pandemic, not realizing that its art-rock tendencies, dark humor, and themes of internal emotional weather would resonate with the likes of Rolling Stone, The Quietus, Paste, Vice, Sound Opinions, Bandcamp, Brooklyn Vegan, and more year-end lists. They returned in 2021 with Look at the Sun, a collection of remixes by GLOK (Andy Bell), Sad13 (Sadie Dupuis), Algiers, Girl Band’s Adam Faulkner, and Bartees Strange.