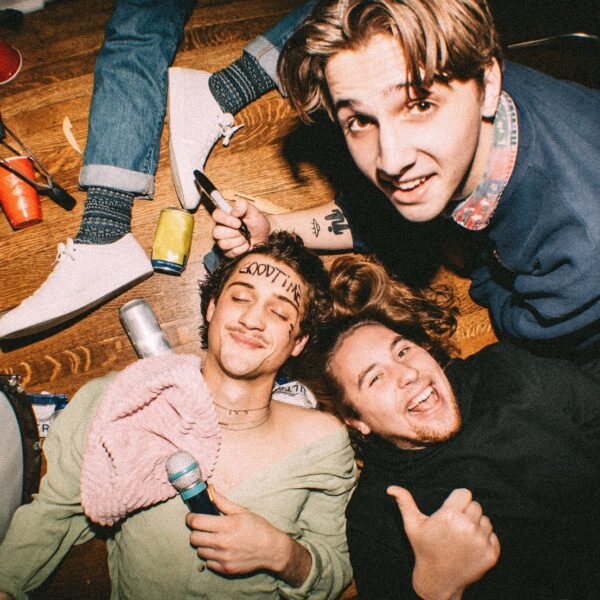 Made up of brothers Connor, Ben, and their cousin Satchel, Leland Blue was founded
young, at middle school talent shows and in family rooms in Midland, Michigan. With
musicians for parents and growing up on the sounds of everything from Led Zeppelin to
Stevie Wonder, the twenty-somethings can’t imagine a different future for themselves.
And it only seemed right to name their band after their roots, a stone they collected as
kids off the coast of the Great Lakes.

Now, they’re embodying the idols they grew up with. Lying between verses of their
songs you can hear The Smiths, you can feel The Cars, and you’re confident they
listened to Disco, RnB, and Rock— But there’s also a genre present no one can
seem to put their finger on, and that’s where Leland Blue turns heads.

With a continuously growing fanbase, the boys found early encouragement when they
released their first single in 2017, “Sofia,” which has amassed over 2 million streams.
After two EPs that continued to develop with every release, the group started to gather
steam by playing a variety of shows across Michigan.

Now based in Grand Rapids, Leland Blue is looking forward to continuing to do what
they love best. While continuing to develop as songwriters and musicians as they look
to experiment with new sounds and musical ideas, Leland Blue hopes to capture the
experience of being human in order to bring people together.