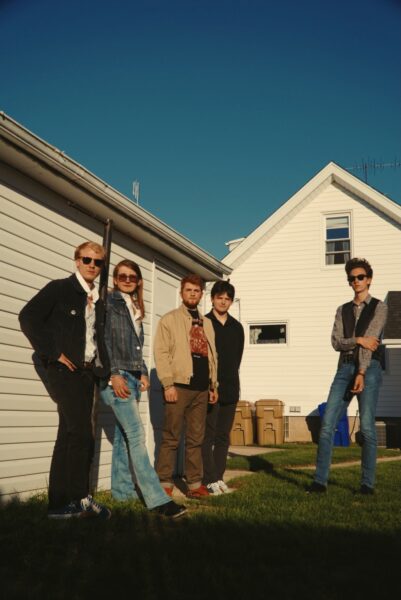 “Cousins Jeremiah Lunde and Nate Uhrich originally conceived the band in 2018, when they were re-introduced to each other’s musical inclinations. Soon after, the band’s debut album Living Strange began to take shape. Bringing in many influences, from Twin Peaks to Tame Impala, Bob Dylan, and Oasis, the album was a perfect storm. It features the elements of their trademark sound, like the analog production, reminiscent of 60s and 70s rock records. Since the release of Living Strange in June of 2020, the band has expanded to a 5 piece that consists of Nate Uhrich, Jeremiah Lunde, Joshua Janiak, Evan Steidtman, and Logan Haller. You never know what’s going to happen at a Lunde show and it’s what keeps fans coming back time and time again. Rock n roll is not dead, not for Lunde at least.”