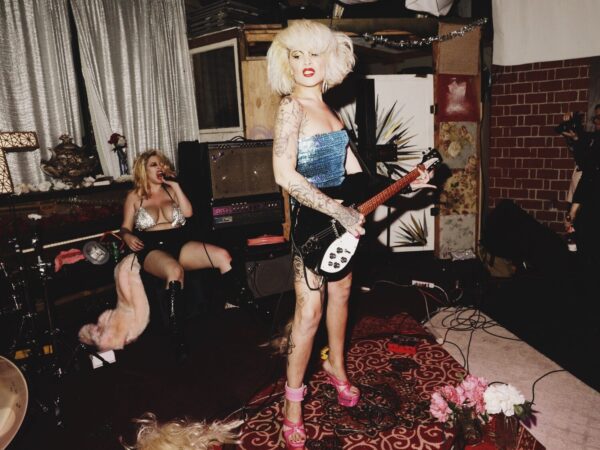 Mz Neon is a genre-bending musician, multi-instrumentalist, songwriter, producer, and multimedia artist using performance and lyrics to express her sexuality as a trans woman and defy misconceptions about herself and anyone who identifies outside of the binary spectrum – both gender-wise and ideologically. A lyrical provocateur, Neon confronts issues of identity, sexuality, politics, spirituality, and lived experiences as a trans-femme-fatale. She is a triple threat of sharp wit, hypnotic sensuality, and musical virtuosity. Neon commands an elegantly tough, yet unapologetic ownership, of her visceral vulnerability ─ on and off the stage ─ to local and international audiences alike.

Born in Boston, MA, Neon moved to New York City after high school where she spent over a decade performing in a number of bands and working in fashion as a couturier, before relocating to Los Angeles in 2017. Neon performs extensively in the U.S. and internationally, being billed alongside acts such as Hercules & Love Affair, My Life With The Thrill Kill Kult, Azealia Banks, Martin Rev of Suicide, and Egyptian Lover, among others.

For more info, click here for an interview with Mz Neon discussing her sound, meaning behind the title of her Queen Hyena series, themes, and topics in her music, instruments she plays, other art forms she’s into, her creative and writing process, what performing live means to her, who/what has influenced her, her connection to Beyoncé, Debbie Harry, and Sex and the City, and the journey she’s been on ─ from growing up a loner queer kid in the suburbs of Boston to living in New York City for over a decade and working at style icon Patricia Field’s eponymous boutique while playing in a number of bands; up to now, fully embracing her experience in Los Angeles and officially releasing her debut rap EP series in 2020.