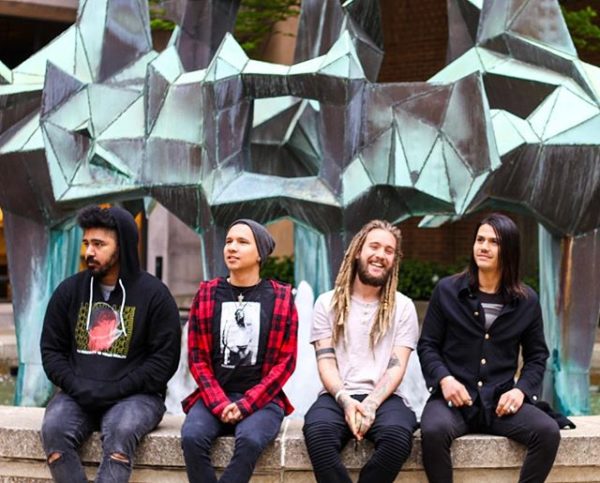 (Milwaukee)
Genre: Indie Rock
Their name might be newvices (that’s one word, lowercase n), but their sound is purely virtuous. Combining both funk and beach tunes, they play with multiple different genres. Featuring Rod Wortham on guitar, Marco Jaimez on vocals, Josh Ehlke on drums, and Matt Sherman on bass- newvices creates a lingering sound that gets listeners grooving, thinking, and feeling; with the ultimate goal of bringing solace to a hectic world.
As both individual artists and a collective, a shared carpe diem philosophy encourages ownership of the project, even as their tone changes from whimsical to haunting. Constantly refining and redefining their music, Oh Hush! produced their sophomore EP, “The Truth of Self.” Together, collected thoughts and feelings set the structure of each tune, all in the name of balance. Such collaboration resulted in their self-titled debut EP, being written in just a week.
Coming from a place of peace, newvices hopes fans find that solace, too. They’ve built a loyal following in Milwaukee’s rapidly evolving music scene. Calling Brew City home brings access to multi-talented artists, multinational venues, and DIY and Sofar scenes, laying the foundation for quick success. Yet performances at venues, both large and small, while supporting other local artists show a unique consciousness to their art and goals. Notable gigs include Summerfest, Sofar Sounds, and countless sold-out shows at theaters, bars, and concert halls.