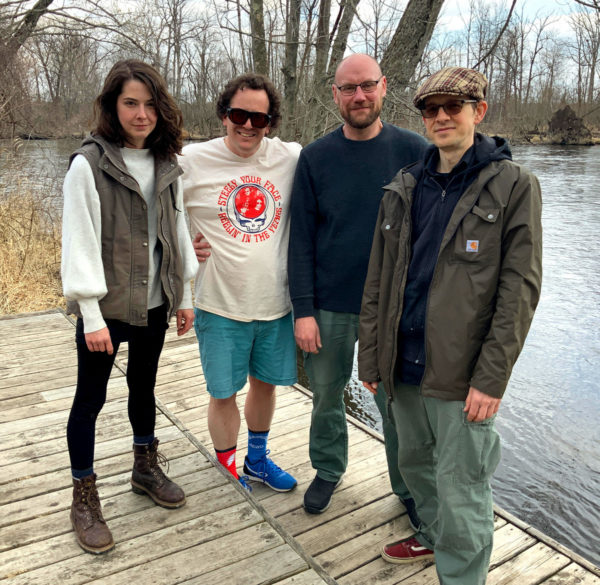 Kalamazoo’s OUT features Chafe Hensley, TJ Larmee, Mark Larmee, and Ike Turner. OUT grew naturally out of a couple of areas: the relegation of Chafe, Mark and Ike’s other band, Minutes, to cryogenic stasis, and the icing of the short-lived Shark Beach.

Around the summer of 2015, TJ, Mark and Chafe would get together to jam, play Fruit Ninja, and bro-down on the regular. This evolved into writing songs and covering The Cure. Eventually, Ike wormed his way into the group, bringing only La Croix as an offering. They played their first show in December of 2015 and have been steadily active.

OUT spent the summer of 2016 recording their album “Swim Buddies” (cmo040) and playing shows around the Great Lakes region.  Their second record “Billie” followed in 2020.