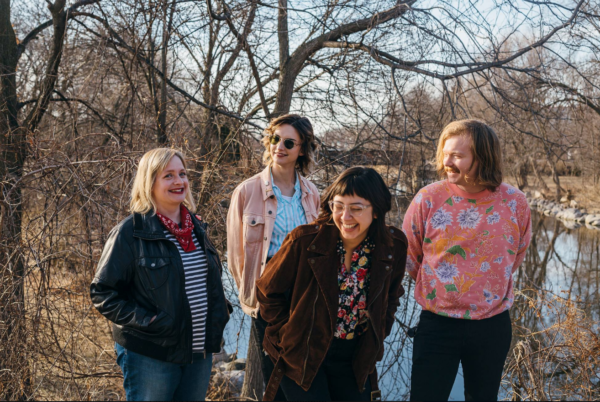 Starting in Madison, WI as the musical culmination of a decade of friendship and playing in punk bands, C Nelson-Lifson (they/them) and Tyler Fassnacht (he/him) began writing the first of Proud Parent’s jangly, garage infused pop tunes in C’s living room in 2014. Shortly thereafter Heather Sawyer (she/her) joined on drums and vocals, turning the songwriting duo into a trio, and they quickly garnered a devout following both locally and regionally and gained a reputation throughout the midwest as a live power-pop force to be reckoned with.