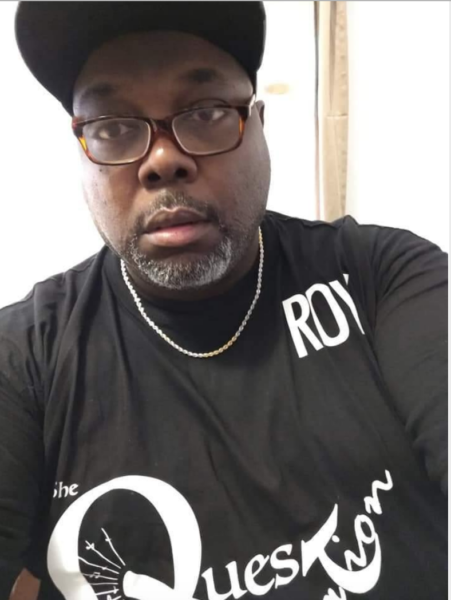 I am Roy Washington, the C.E.O. of Quest Nation based out of Milwaukee, Wisconsin. I
was born in September of 1966 and was raised in the Milwaukee area. I went off to
serve in the United States Army in 1985 and began doing music in 1988 while still in
the service. I enjoyed a very good underground musical experience in both the secular
and gospel arenas.

In 1988 along with best friend James Lewis (Midwest James), we hit the underground
circuit hard using the name, “Demolition.” I was known as Leroy D on the stage. We
brought in several local rappers under our umbrella, to form “The Demolition Pose.” In
1991, we switched over to the gospel scene, changed the group name to Forgivin’, and
our fan base exploded. We released a very popular underground gospel rap cd and
went on to minister through music on the gospel circuit. After a hiatus, we returned to
the secular underground scene as Prime Example. In 2006, and I changed my stage
name to The Novelist. we caught the ear of a film company in Michigan with our song,
“My Inspiration,” and that track highlights a documentary called, “Perspectives On
Steppin”

In 2019, I returned to the studio to record a solo project called “The Final Ingredient.”
This six-track project feature cameos from young artists like Ms. Pretty MystiQue, Dan
Medina, Chico Manolo, Anja Elise Griff Galexxzee. Tracks from the EP such as
“Secure The Hatch,” “Chill With Me,” “We Won’t Stop,” are gaining more and more
attention.

I wish to inspire hip-hop lovers with this conscious EP that takes us back to rhyme
skills. My musical influences are wide-ranging from Eric B Rakim & Tribe Called Quest
to Swing Out Sister & The Isley Brothers.