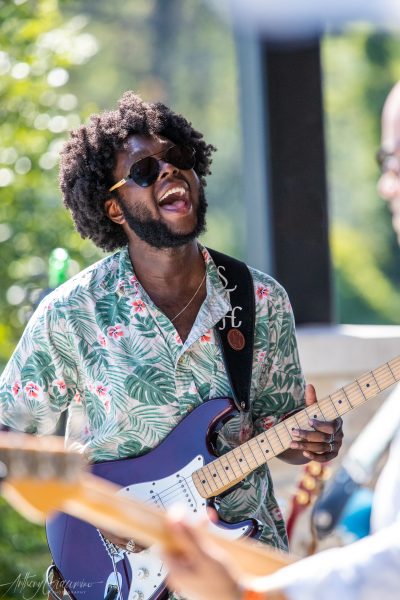 Stephen Hull gives the blues community exciting evidence that the future of music is in good hands. Born in 1999, a native of Racine, Wisconsin, Stephen Hull started playing blues at age 14 and never stopped, taking cues from Albert King and B.B. King as he developed his sweet, soulful guitar sound. Balancing that with his absolutely stellar lead vocals and infectiously buoyant personality, Stephen has been rising fast in the blues clubs of Chicago and venues across southeastern Wisconsin. Appearing  in blues magazines such as Living Blues (U.S.) and Blues & Rhythm: The Gospel Truth (UK), Stephen has been interviewed by a myriad of media including Lake Effect (broadcast on Milwaukee’s NPR). From the Chicago Blues Fest to the Mississippi Valley Blues Fest, The Stephen Hull Experience is making headlines.