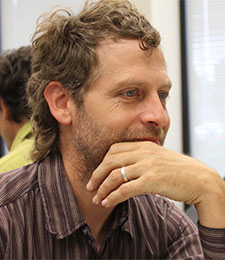 Wetzel’s research interests include the intersection of experimental film/video and observational documentary, and “the social construction of reality.” Recent video, gallery work and publication include Music Club (30 min, single-channel video, 2015); Of the Iron Range(20 min, single-channel video, 2014); a series of paintings and sculptures as part of a solo exhibition titled Domestic Objects (Green Gallery, 2013); and [PAUSE] (2014), his second collection of essays published by the Green Gallery Press.