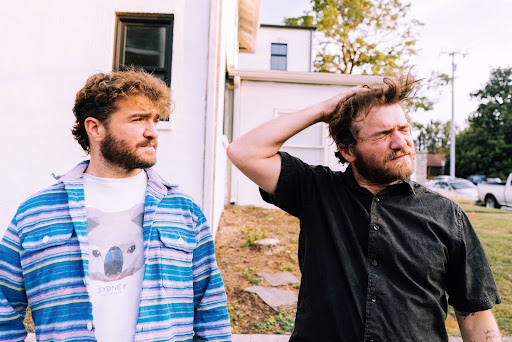 The Brother Brothers are the indie folk duo of Adam and David Moss. The identical twins were born and raised in Peoria, Illinois and originally based in Brooklyn, but have been ultimately and profoundly shaped by indiscriminate rambling. They are the kind of people who have a story about everything, and moreso, one you might genuinely like to hear.

Soon to be touring a covers record aptly named “Cover to Cover,” their 3rd release on compass records is a requisite album of covers, inspired by an inward reflection of the roots of their inspiration during a time of great uncertainty and creative insecurity. “When you’re not quite sure what to say, why not say what someone else said, but say it in your voice.” The Brother Brothers sing from the heart no matter who’s words they’re using. The message may be the same, but when you find one to amplify, “why not say it again?”

The brothers called in some good old friends to play on the album, including Rachael Price (Lake Street Dive), Sarah Jarosz, Michaela Anne, Alison Brown, and hired some of nashville’s finest session musicians, namely Jeff Picker (Ricky Skaggs), Matthew Meyer, Ryan Scott and Michael Rinne. American Songwriter once said, “no matter what musical context Adam and David Moss may come to put themselves in, what the duo want to say through music will always come to show the beauty that exists—even in the deepest cracks—of human living.” Proclaims No Depression, “the warm harmonies and silky melodies of identical twins David and Adam Moss evoke the kind of ’60s-era folk tunes that reverberated through dark, wood-paneled bars in the Village… If these brothers aren’t among the Americana Music Association’s nominees for Emerging Artist or Duo-Group, I want a recount.”

With their lush harmonies and warm acoustics, the sophomore LP from The Brother Brothers is crowd-pleasing folk at its most enjoyable. – Rough Trade