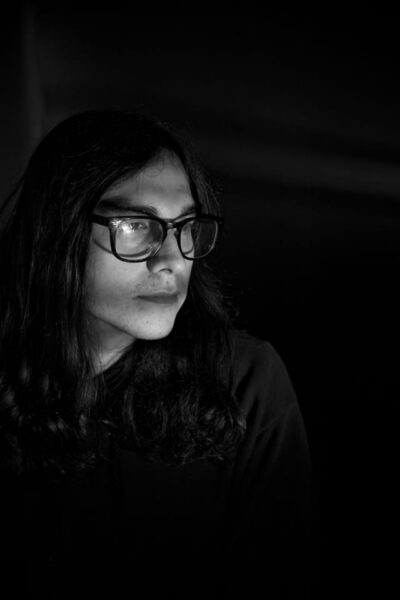 In the Ojibway language, the word Zoongide’ewin means “bravery, courage, the Bear Spirit.” It’s no wonder then that Daniel Monkman adopted Zoon as his musical moniker. The Hamilton-based musician has spent the better part of his 28 years channelling that strength to overcome such adversities as racism, poverty and addiction.

Music saved Monkman’s life, and now he wants to share his story. On Zoon’s debut album, Bleached Wavves, he paints a message of hope and fortitude, lessons he learned studying the Seven Grandfather teachings after experiencing the lowest point of his life. Born and raised in Selkirk, Manitoba, a small prison town outside of Winnipeg he describes as “one of the roughest places,” Monkman has faced an uphill battle his whole life. In his teens he was victimized for his First Nations heritage, which led to him abusing drugs and alcohol as a coping mechanism. His best friend died of an overdose; he nearly followed him on multiple occasions. But with the spiritual guidance he learned from 12-step therapy, Monkman got clean and began to follow a passion for music he discovered from a young age growing up within the Brokenhead Ojibway Nation.

Bleached Wavves is the first true document of what has been dubbed “moccasin-gaze,” a tongue-in-cheek nickname for the amalgamation of his shoegaze influences with traditional First Nations music. Like My Bloody Valentine’s Loveless, a record that changed everything for him, Zoon pushes forward that famously quixotic, effects-laden sound with a distinctive, new approach.

Bleached Wavves will be available worldwide from Paper Bag Records on June 19th, 2020.