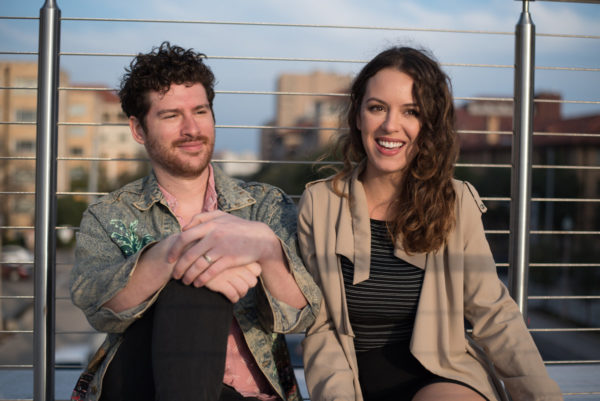 BUHU is the shape-shifting musical brainchild of Jeremy Rogers and Tiffany Paciga. More than just a moniker, BUHU is a retrospective of their lives and a reflection, or refraction, of their relationship. Nothing is held back, all is laid bare. Born and bred between Wisconsin and Texas, BUHU’s recordings might be described as electronic bedroom pop, in the sense that Rogers produces them largely himself. But that term is way too reductive; these are no tinker-toy beats crapped out with GarageBand on a MacBook. BUHU’s compositions are powerful, sonically cinematic, multidimensional, precise, ever unfolding. The songwriting atop that composition borrows from many of the greats both past and present, from Jackson Browne to Modest Mouse, The Books, Tortoise, even Peter Gabriel. The beats bump and the hooks catch. BUHU's music attacks from both sides.

Tenets: principles, convictions, the core essentials. The first studio album from Austin synth pop duo BUHU is an excavation of sorts, as lead singer/producer Jeremy Rogers mines the seminal aspects and events of his life, stripping it all down and laying himself bare. It’s a risky effort; no scrims of hipster irony to hide behind here. Take it or leave it, Rogers seems to be saying throughout. Here I am, this is me. Something about the album calls to mind the scene in Spike Jonze’s Adaptation, when Donald Kaufman gently, profoundly rebukes his twin brother: “You are what you love, not what loves you.”

Love—and loss—are in abundance here. Two women play vastly different roles in what proves to be a cohesive narrative: the first, a new lover who’s shaken Rogers’ foundation and caused him to reflect, sometimes unfavorably, on the person he is or once was; the second, his late mother, who he lost at a tragically young age. These women are objects only in the sense that they’re objects of his affection and catalysts for self-reflection. His respect for each is palpable and complex. Tenets is, in essence, a love letter to them both.

If one word best describes BUHU’s first studio album, it might be verklempt; Rogers often sounds overcome, overwhelmed. When he’s in love, he can’t believe his luck. When he grieves, he grieves to the gills. It’s a brave, bold offering, anchored against the threat of sentimentality by the sureness of compositional instinct and production chops oozing out of every musical nook and cranny. 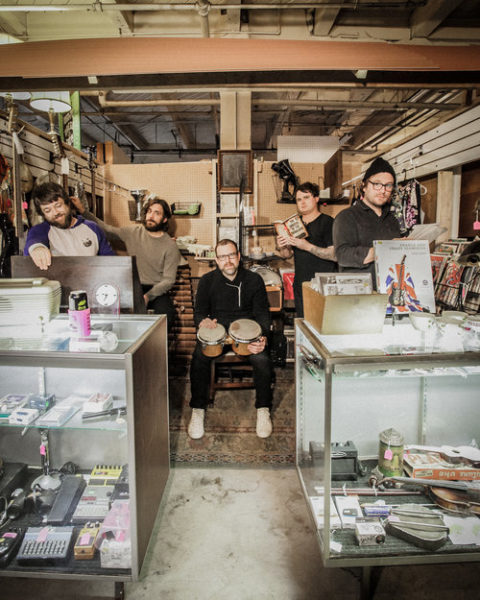 Dramatic Lovers take their name from the Italian Anarchists that, once upon time, held weekly meetings at The Cactus Club in Bay View, WI. Like those political crusaders of yesteryear, Dramatic Lovers, the band, have spent the past 20 years or so in various musical incarnations drinking, dreaming and playing shows together at The Cactus Club. Friends for eternity, bandmates in cycles, Dramatic Lovers began less than a year ago after a single show reunion as Decibully. Inspired, once again, the group began to write new material and rounded out the line-up with the rhythm section from Maritime taking on more melodic roles. The new material holds roots in the time-tested shadows of Decibully and The Promise Ring/Maritime, but also looks backwards to the sounds of their youth. 80's & 90's Shoegaze, Emo & Brit-pop influence a maturing songwriting style that comes from decades of playing music together. 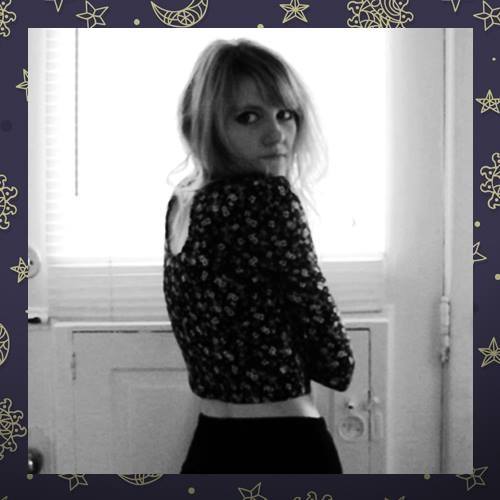