In the Pines • Rookie 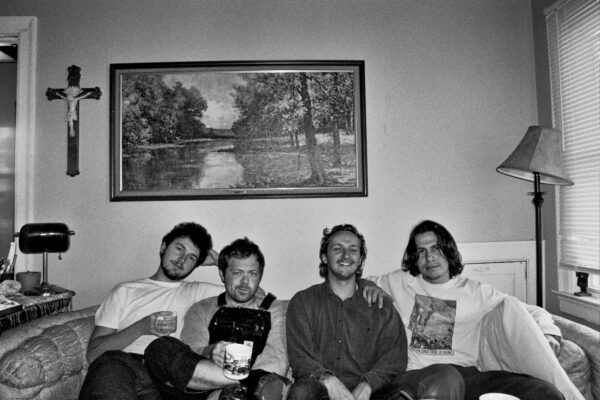 InThe Pines is a traveling collective based out of Cincinnati, OH. Formed in 2016 by childhood friends Michael Shular (lead vocals/guitar)and Charlie Horn (lead guitar),they spent five years cultivating a writing style focused on a “variety of tones and colours of blues and psychedelic music throughout the ages” (Citybeat Magazine).Adding Pat Zopff (lead vocals/bass) andAlex Dungan (drums/vocals) in the middle of2017 shed new light on the band’s creative horizons.United by a shared love for the psychedelic music of the 1960’s, the band released their debut LP, “San Lorenzo” in the winter of 2018. The band spent the next two years writing and recording new material whilst booking their own shows across the midwest and east coast, contributing to the completion of their sophomore LP, “Slow Blink”,which was released in January of 2020 on Soul StepRecords. “Evoking images of sun-blasted desert plains and everlasting blue skies”(Atwood Magazine), the band gathered a following for their signature psych-prog wonder.Since the release of “Slow Blink” and the onset ofCovid-19, the band has been writing and recording at FutureAppleTree Studios in RockIsland, IL, while simultaneously gathering analog equipment for their home studio inCincinnati. With two completely new albums patiently awaiting release, the band plans to hit the road hard in late 2021and beyond. 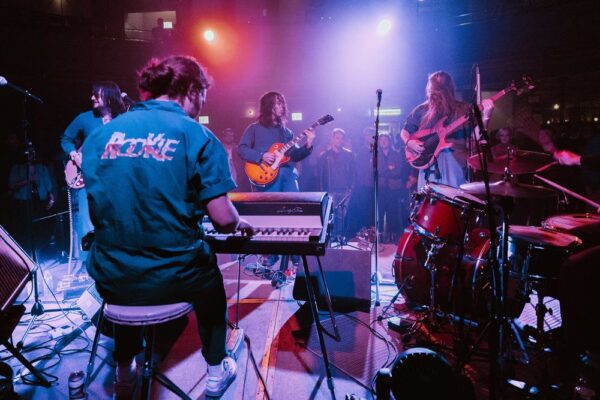 Rookie is a rock/americana quintet hailing from all across Chicago, from north to south. Their debut, self-titled album hit the public on March 13th of 2020, a day now remembered as the unofficial shutdown of the US. The release, recorded to magnetic tape at Chicago’s ownTreehouse Records, showcased the group’s ability to craft songs and wield their instruments to their fullest extent, all the while demonstrating a penchant for the now “classic” power pop and soft rock songsters of the 1970s.Prior to the release of their debut, Rookie had spent a month touring the east coast with the iconic Cheap Trick, followed by a short midwest run with fellow Chicagoans, Twin Peaks. In addition, they were slated to open for and back Brendan Benson of the Raconteurs. Though brought to a halt, these tour dates allowed the quintet to showcase their abilities as a live group, built from years of performing as a bar band, in addition to packing in sweaty yet charming DIY basement parties. A temporary end to live performance could not stand in the way of the group’s love for playing, as they’ve spent the past year writing, rehearsing, and performing live-streams and drive-ins-including a sweltering summer rooftop concert at the Virgin HotelChicago. You can catch Rookie live across the United States late Summer and early Fall of2021.