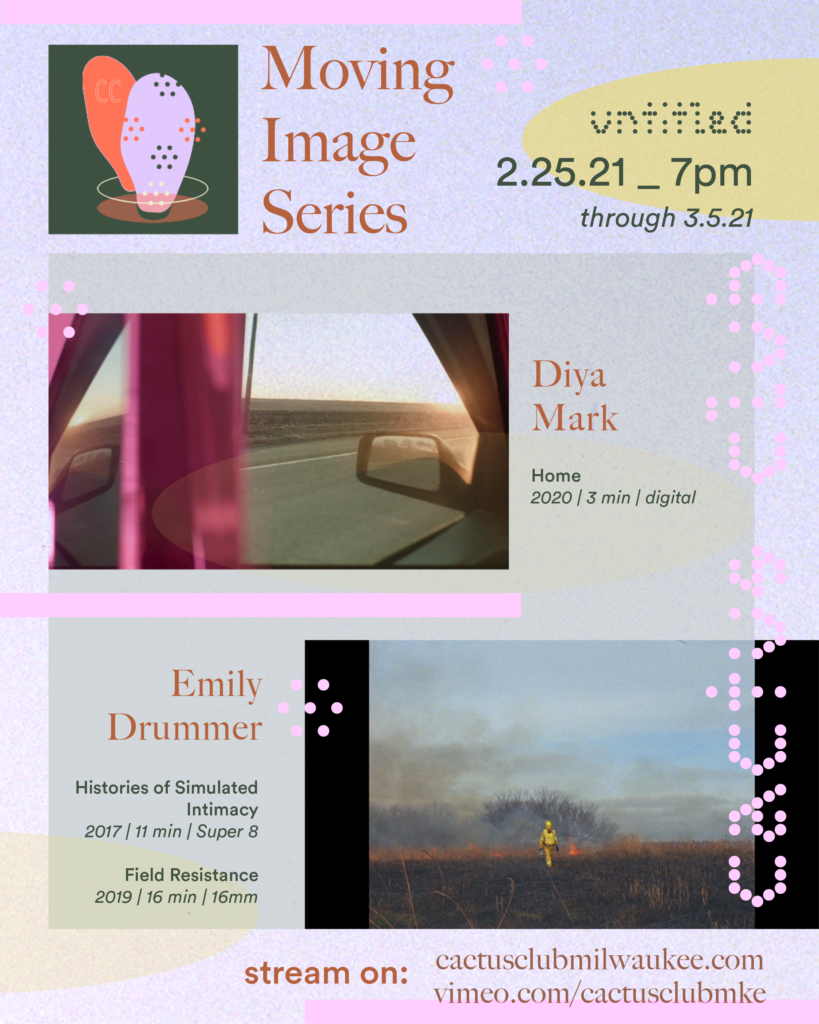 Diya Gitanjali Mark opens up the program with her recent short:

Diya Gitanjali Mark’s short film, “home” is a reflection on the idea of home, coming from someone who has lived in over a dozen places throughout her life. This is an abstract and sometimes misguided search for belonging in relationships, friendships, and small details.

related programming includes a playlist –to be released.

We are excited to welcome Emily Drummer as our featured filmmaker for this month’s Moving Image program with two of her recent films:

“Great obstacles excite great passions; since eros consists not in possession but in wanting, what could stimulate eros more than distance and especially death, itself the ultimate distance?” -John Durham Peters, Speaking into the Air Histories if Simulated Intimacy is a sensory essay film that investigates the gaps in time and space produced by the technological mediation of human love and desire. Roving, dismembered voices – messages left for the filmmaker by former lovers, found voice messages made on gramophone discs – hunt for image-bodies, creating a simultaneous presence and absence: a woman carried gently by the flow of a Lazy River; the undulations of a darkened, glimmering dance party; memories and traces of the once massive Iowan prairies. The film explores polarities such as public and private, nature and culture, near and far, bios and techne, producing a space in which technologies of intimacy, separated by historical measurements of time, can coalesce in perpetuity.

Charging scenes of the present with dystopian speculation, Field Resistance blurs the boundaries between documentary filmmaking and science fiction to investigate overlooked environmental devastation in the overlooked state of Iowa. Footage collected from disparate locations—a university herbarium, karst sinkholes inhabited by primordial flora and fauna, a telecommunication tower job site, a decaying grain silo, among others—interlocks to evoke a narrative of present danger and future disaster, of plant expansion and humanity’s retreat. The film rejects the human individual as the focus of narrative cinema, and, instead, adopts the perspective of a symbiotic “implosive whole” in which humans and nonhumans are related in an overlapping, non-total way.

related programing includes a written q+a and playlist –to be released. 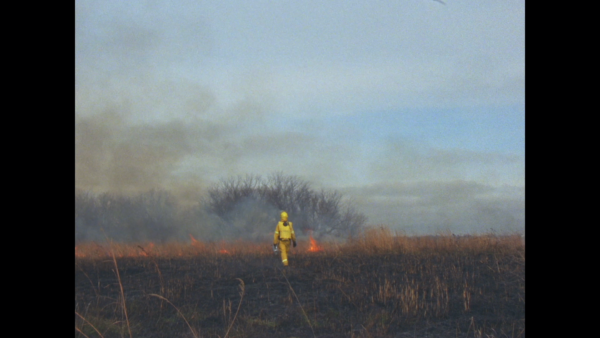 Emily Drummer (b. 1990) is a filmmaker who uses immersive research as a starting point to investigate the dynamic between technology and the natural world. She received her MFA in Film and Video Production from the University of Iowa and her BA from Hampshire College. She is a Princess Grace Film Honoraria recipient and a Flaherty Film Seminar fellow. Drummer’s work has been showcased by venues including Art of the Real at the Film Society of Lincoln Center, Black Box at Edinburgh International Film Festival, London Short Film Festival, Ji.hlava International Documentary Film Festival, and Camden International Film Festival. 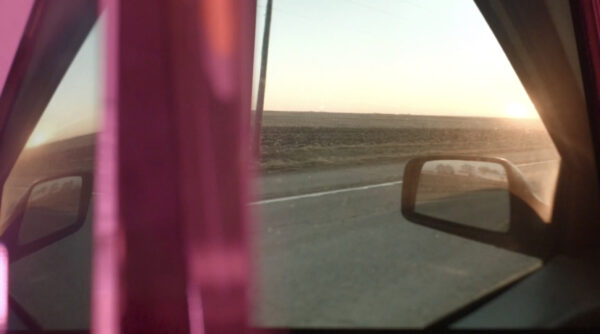 Diya Mark is a portrait photographer, filmmaker, and multimedia visual artist based in Milwaukee, WI. Her work has been featured in the Big Picture Peoria Film Festival, Seen I Scene LGBTQ makers screening, and Genre Urban Arts Magazine. She is inspired by the physical human form, color and vibrancy, and processing trauma through abstraction.