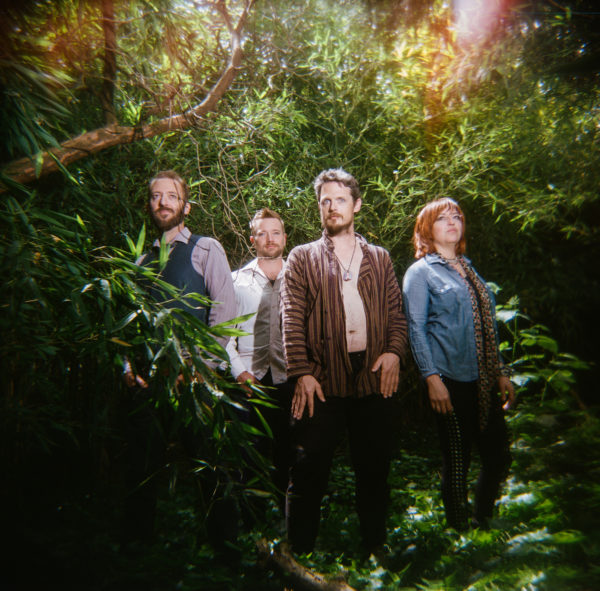 Old Time Relijun are the rarest breed of band. In a way, you always know what to expect and yet never have any clue what's going to come next. Old Time Relijun give consistent, sweaty, compulsively danceable performances that never fail to inflame their audience. Their albums are consistently packed with sing-along hits, mixed with sonic experiments and inside jokes.

The first Old Time Relijun band practice was on January 1st, 1995 in a dark and moldy basement in Olympia, Washington. While studying ethnomusicology and volunteering for his college radio station, bandleader Arrington de Dionyso was inspired by finding the first Half Japanese album in the station archives. He sought to capture an energy of total musical freedom- primal, discordant, snarling liberation- and disguise it in the basement-rock vernacular known for generations in the rainy small towns of Washington State. Not really knowing how to “start a band” per se, he enlisted the help of upright bassist Aaron Hartman who provided the roll and the rock that always kept the outer-limits explorations grounded in the firmament of jazz funk sensibilities. For the first few years the band struggled in a local music scene often unwelcoming of new arrivals, but Old Time Relijun stood their ground, and after self-releasing Songbook Vol. I in 1997, they began a long association with Calvin Johnson’s K Records.

In the year 2000 they released an EP “La Sirena de Pecera” featuring new versions of their songs in Italian, Spanish and Portuguese. Their fortunes changed when a popular Italian music magazine put them on the cover, prompting the first of numerous European tours that garnered them a ferociously devoted fanbase throughout Italy, France, Scandinavia and elsewhere. After gaining increasing critical acclaim on each tour of the old country, the band came home to corresponding levels of bored indifference from the US Indie Rock Establishment of the time, yet Old Time Relijun persevered, changing lives one show at a time. By truly living in the trenches of the underground music scene Old Time Relijun found converts among the outcasts and lepers of musical society.

The middle years of the first decade of the 21st Century found Old Time Relijun relentlessly touring like cyborgs more than half the year, culminating in the “Lost Light Trilogy”: a body of work integrating poetry, painting, and myth over three albums each incredibly sonically distinct from one another, yet interconnected through countless lyrical and musical threads. The trilogy culminated in the release of 2007’s “Catharsis in Crisis” which begins with the song that became for many fans the pivotal “anthem” of Old Time Relijun’s oeuvre, “Indestructible Life”. The band kept touring like manic machine monsters for another year, and yet, by the end of 2008 they had seemingly vanished from the public eye with a disappearance as mysteriously unexplainable as their initial arrival.

The interim decade between 2008-2018 saw bandleader Arrington de Dionyso deepening his work as sort of a “punk ethnomusicologist” - playing with some of the world’s most interesting musicians across the U.S., Indonesia, Japan, and most recently, the mountains of Morocco. His global music explorations exhibit a restless spirit of experimentation and collaboration, and in Indonesia in particular he has garnered much recognition for the support he gives to an ever growing music scene that attempts to merge traditional trance music styles with more contemporary noises. He has made dozens of recordings under as many pseudonyms. His mytho-poetic drawings have seen acclaim in high fashion (SAINT LAURENT PARIS Men’s Collection 2015) and his paintings hang in galleries from Los Angeles to Paris to Tokyo.

As neo-liberal exploitation and fascist dictatorships seem to rise up sucking blood and spreading hatred around the world, the true artists seek soulful meaning while building movements of resistance. There is no better time than now to “get the old band back together” and Old Time Relijun’s new EP “See Now and Know” finds the reunited group back with unprecedented vigor and a life-embracing madness. There is something magical that happens when a deep seeker straps on a guitar and plays rock n roll. Insatiable, living on the margins, Old Time Relijun makes revolutionary music from a restless energy that can never settle down. This is a band that gets sweaty and smashes the shit out of every single sound you hear. 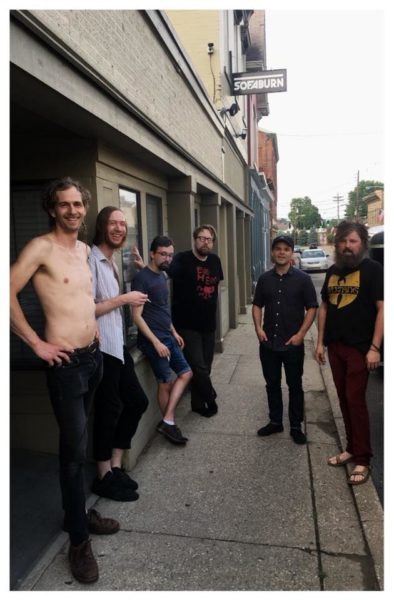 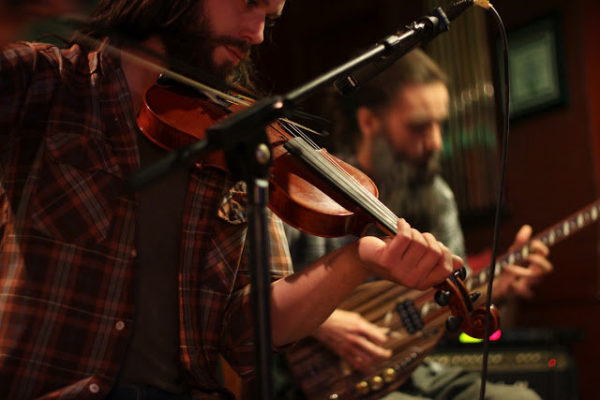 Otherworldly music from the underworld of Milwaukee WI. With two electric saz's, violin, bass and bodhran, Gnarrenschiff entrances listeners with their hypnotic compositions. 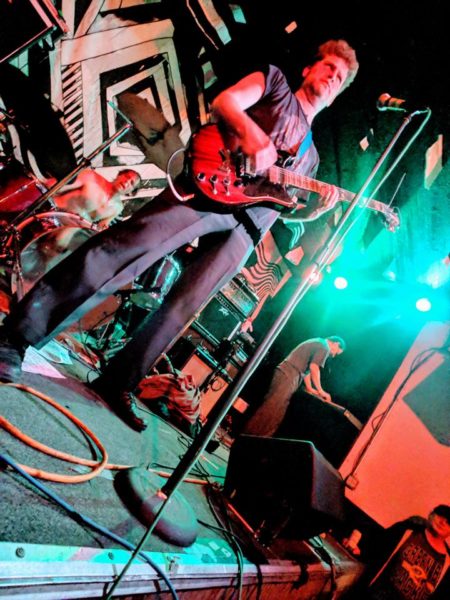