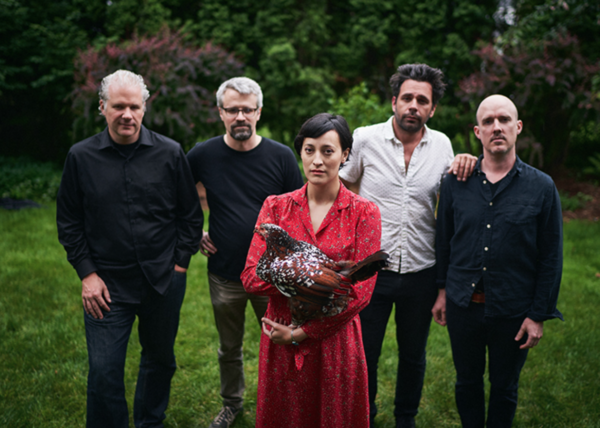 Collections of Colonies of Bees

For two decades, Collections of Colonies of Bees have existed in various forms and incarnations, beginning with Chris Rosenau and Jon Mueller (who split time with post-rock band Pele).

From there, the line-up grew and evolved. At one time, Nick Sanborn — currently in the spotlight as one-half of Sylvan Esso — counted himself as a member. At another, the group joined forces with Bon Iver’s Justin Vernon to release two albums under the moniker Volcano Choir. (In fact, it was Vernon who proclaimed of his collaborators: “If the world was perfect, they would be as big as U2.”)

Never content to paint the soundscape twice, the previously instrumental Bees now come outfitted with vocalist Marielle Allschwang and their most recent full-length, HAWAII, that finds the Wisconsin-based ensemble harvesting the fertile intersection between experimental and pop to maximum effect.