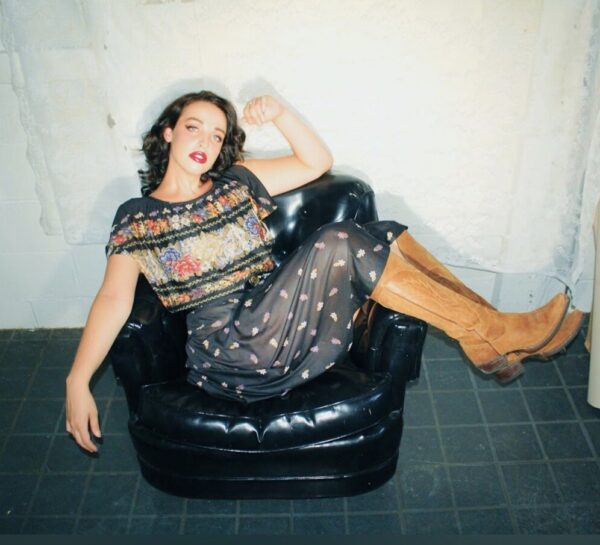 In her heartland hometown of Vinton, Iowa, Moen taught herself guitar as a teenager. “I’ve always been able to sit alone in my thoughts,” she says, “but I can’t sit in silence.” She noticed this innate need to make noise at a young age, and affectionately referred to as “an emotional journey with no destination.”

But Moen did arrive somewhere: at her first performance. She credits the experience with transforming her relationship to songwriting.“I felt understood for the first time,” she says. “I realized songs were the best way I could explain my thoughts and feelings to others — and to myself.” She dedicated herself to the process, writing incessantly, recording prolifically, and performing as much as the public would have her.

Then came a pandemic. Like so many artists (and humans), Moen felt derailed, but her focus remained steadfast and her default coping mechanism as relevant as ever; she kept writing songs. “I’ve realized there are only certain things I have control of in life and I gotta just keep growing, healing, and learning. These songs helped me while I wrote them in quarantine.”

The resulting EP Creature of Habit approaches mental health with a balance of accessible candor and existential profundity. Enticing, mundane titles like “Eating Chips,” “Who Wants Takeout?,” and “Studio Apartment” take on the hard questions hidden in easy settings; Chips on my shoulder and a few in my mouth / Am I bored or am I boring? … How do you sit so calm so still / Knowing time is bound to kill / You me and the sun someday? In its elegant mash of abstract and straightforward, her perspective is brutally relatable.

During part of the writing process, Moen lived with her aunt who is a therapist. In her presence, Moen says she became increasingly intrigued by her own inner workings and more adept at dealing with them. For the songwriter, “Creature of Habit” acknowledges that innate human tendency to repeatedly resort to old habits, and the effort to—well—not.

Looking inward for lyrical inspiration, Moen looked outward for musical growth, delving into soundscapes she had not yet explored. “I’ve never really toyed with DAWs, keys, or synthesizers until I wrote the title track,” she explains. “I’ve always been a guitarist and I wanted to explore new sounds while I looked into my thought patterns and tendencies.”

Having launched in the lane of raw, bluesy, acoustics (opening for the likes of Lake Street Dive), Moen’s bold embrace of indie-pop production and electronic textures is especially enthralling. Her immense vocals and poetic poignancy swirl into the new sonic territory in a form that’s outright haunting.

The songs are ultimately an expression: not only of what the world means to Moen, but what she means to herself. “There are lots of parts of us that people think can’t coexist but they do. We’re all fierce and vulnerable, happy and sad, right and wrong, serious and silly. In my music, I’m searching for all of those things and finding a balance of what I actually am.”