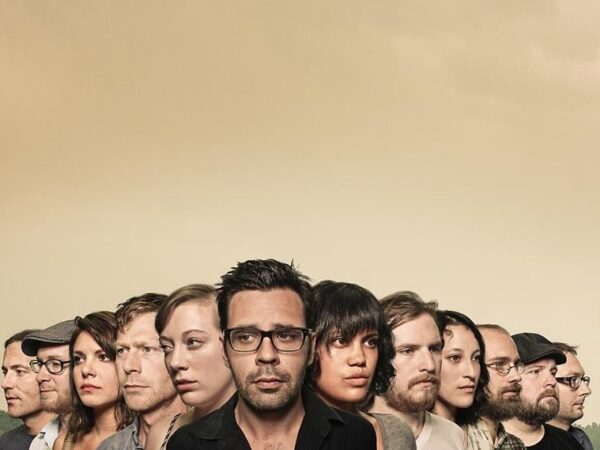 Group of the Altos

(Milwaukee, WI)
Genre: Americana
Milwaukee’s Group of the Altos’ last release was 2015’s R U Person or Not. Their last public performance was in May 2016. Although some members continued playing together in Marielle Allschwang & The Visitations, Hello Death, and Collections of Colonies of Bees, they were on hiatus. Then, in December 2020, Altos remotely re-assembled to record “River.” The whole band was stunned to hear themselves conjured back into existence. They wanted more. And so, they have reconvened, and are ready to perform again. The group’s membership has fluctuated over the years but is currently composed of Daniel Spack, Tom Duffey, Ken Palme, Shawn Stephany, Erin Wolf, Nathaniel Heuer, Amelinda Burich, Adam Krause, Marielle Allschwang, Heather Hass, Russell Rossetto and Jen Schattschneider.
“…the unruly outfit embraces a newfound sense of urgency, turning in remarkably compact compositions that are more “rock” than “experimental”…Still, both then and now, “cinematic” seems to sum up Group Of The Altos’ sound and ethos.”  -Matt Wild, Milwaukee Record
The Altos will bring a whole bunch of instruments and intend to get loud.