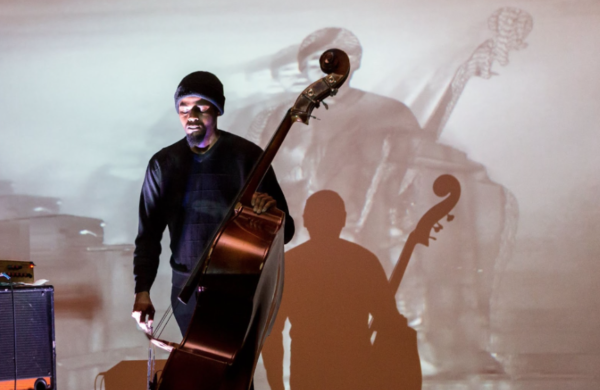 Luke Stewart is a DC/NYC-based musician and organizer of important musical presentations, and has a strong presence in the national and international Improvised Music community. He is noted in Downbeat Magazine in 2020 as one of “25 most influential jazz artists” of his generation. He was profiled in the Washington Post in early 2017 as “holding down the jazz scene,” selected as “Best Musical Omnivore” in the Washington City Paper’s 2017 “Best of DC,” chosen as “Jazz Artist of the Year” for 2017 in the District Now, and in the 2014 People Issue of the Washington City Paper as a “Jazz Revolutionary,” citing his multi-faceted cultural activities throughout DC.