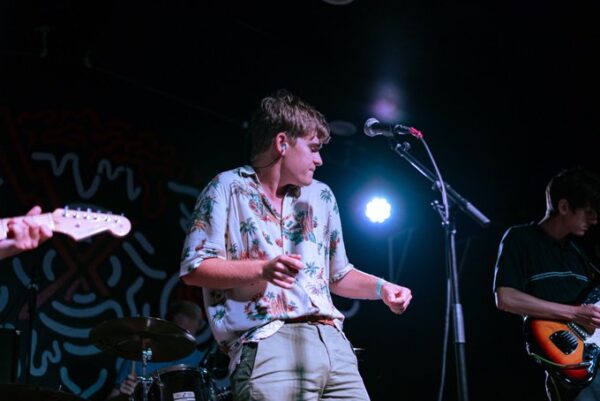 (Milwaukee, WI)
Genre: Garage Rock
Maybe Hazel is an alternative band by day/trivia group by night from Milwaukee, WI whose members met on Craigslist. With an ear for current DIY trailblazers and a fondness for the indie-pop of the early 2010s, the group boasts a unique blend of genres in their debut release “Direct to Home Video.” The EP is a hooky magnum opus featuring lead single “Fist Fight,” which Ben Slowey of Breaking and Entering deemed a “total pop banger for the beach.” The band has been on record to have accepted the compliment.