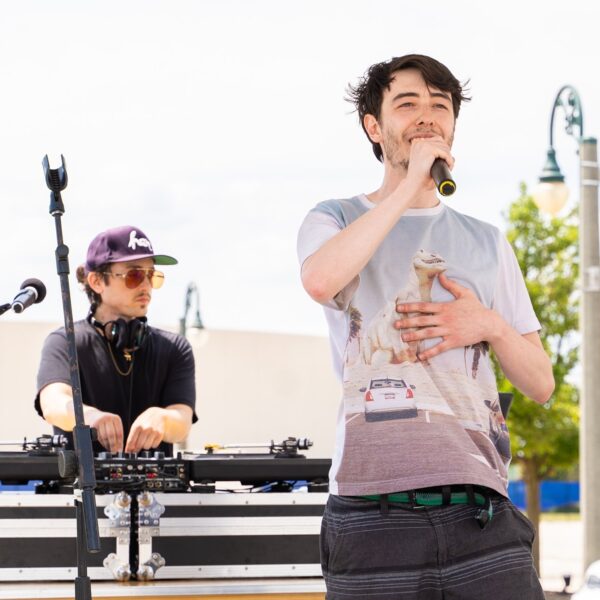 “From the soul of indie-rap joining forces with the sounds of experimental electronic music comes RealityTV, a hip-hop duo consisting of turntablist/producer GetMoses and lyricist Slang Troubadour. Originally meeting at The Uptowner where GetMoses DJ’d an open mic night, the two formed an alliance years later following GetMoses’ survival from Leukemia when Slang reached out to work on music. After the first session it became apparent that the two had great chemistry in the studio and a passion for clever rhymes, hard-hitting beats, and soulful melodies…as well as a strong love of the original Spider-Man trilogy. Fast forward to 2021 and the duo is set to release their debut EP, Channel Surfing, consisting of the Spider-Man themed “Tobey Maguire” and the Amanda Huff featured “Winter Jazz” as the lead singles. Be sure to tune in to RealityTV when Channel Surfing drops November 19th!”