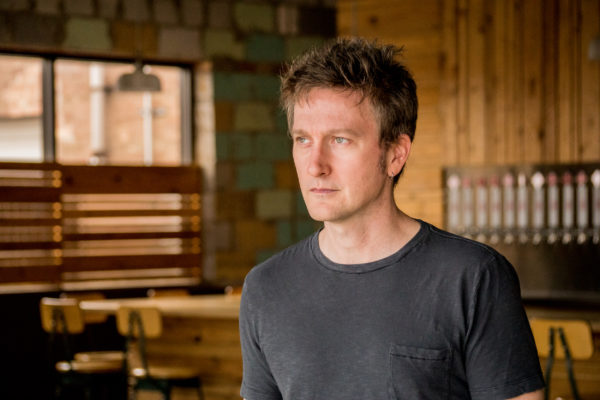 “With ‘Metal Frames,’ Narducy not only avoids the sophomore slump, he enters MVP territory.” — Magnet

“…a powerhouse pop record that prides itself on tenacious vocals and resolute rhythm guitar.” — Stereogum

“You won’t see more indie rock cred than on the CV of Jason Narducy.” — KEXP, “Song of the Day”

I suppose the “smart” thing to do would be to start off with all the usual crap folks tend to talk about when Jason Narducy, the “brains” behind the rock collective Split Single, comes up in casual conversation, like how he plays bass with Bob Mould and those fuckers in Superchunk, used to play bass with Bob Pollard and whomever else, had a band called Verbow, inspired Dave Grohl to devote his life to music back when neither of them were even old enough to go on all the rides, and whatever the hell else you wanna throw in there. But do you want the “facts” or do you want the truth?

Narducy’s band Split Single has a new album out. It’s their second, it’s called Metal Frames, and, kind of like the night I just told you about, it’s goddamn exhilarating and scary and I didn’t want it to end. Narducy sings and strangles the guitar on it, Jon Wurster (Bob Mould, Superchunk, Mountain Goats, and 78 other bands) beats the crap out of the drums on it, John Stirratt (Wilco, duh) thumps the damn bass on it, and Nora O’Connor sings her ass off all over the thing.