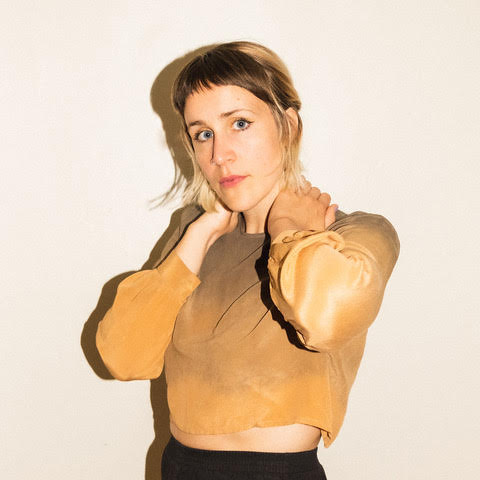 (Chicago, IL)
Genre: Indie Rock
V.V. Lightbody is the solo project of Vivian McConnell, a seasoned songwriter and multi-instrumentalist from the thriving Chicago music scene. Her self-produced sophomore LP Make a Shrine or Burn It (Acrophase Records) was released with much anticipation in May 2020. Referred to as ”a masterclass in self-reflection and female autonomy,” the first pressing sold out within 24 hours and received critical acclaim from Noisey, Stereogum, Paste, Gold Flake Paint, Chicago Tribune, and more.
Jessi Roti writes of MASOBI, “An album of lingering farewells and cautiously optimistic beginnings punctuated by a deceptive wit, Lightbody – a.k.a. Vivian McConnell – turns her attention inward, exploring what it means to be with yourself after being with another; trading abstract, third-party narratives for those more poignant and conversational.”
V.V. Lightbody has been a collaborator and touring member of bands such as Lala Lala, Divino Niño, OHMME, and recently started a duo called Valebol featuring drummer Daniel Villarreal-Carrillo (Dos Santos). She’s lended flute and vocals to Twin Peaks, Tomemitsu (LA), and Pool Holograph.